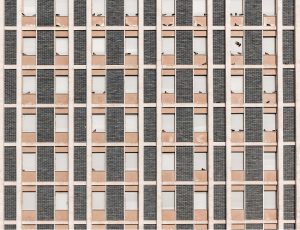 Homeowners in a large Thames-side development are planning legal action against developer Galliard Homes after being left in flats with dangerous aluminium composite material (ACM) cladding.

Shortly after the Grenfell Tower tragedy in June 2017, residents at the New Capital Quay development in southeast London were told that their housing blocks were covered in the same ACM cladding that was blamed in part for the rapid spread of fire through Grenfell Tower.

A government audit of properties over 18 metres high found some 354 buildings with ACM cladding. New Capital Quay, with a total of 11 tower blocks and some 2,000 occupants, is believed to be the largest development with this cladding. A 24-hour fire watch system is currently in place at the site.

Initially, residents faced the prospect of paying £40,000 per flat for the cost of replacing the cladding, but eventually, the insurer for National House Building Council (NHBC) agreed to cover the work.

Following this decision in July 2018 however, work has started on only one of the 11 tower blocks, with Galliard Homes estimating that it will take six months per block from start to finish. Residents are concerned that the delay will mean their insurance cover with the NHBC will reach its six-year limitation period and they will be left to foot the bill.

Some of the tower blocks reached completion in 2013, which means that time is almost up for some residents. A small group of owners has decided to take legal action to protect themselves from the costs that the housebuilder might seek to recover, should they delay replacing the cladding beyond the insurance expiry date.

While the delay continues, selling properties on the development is difficult. Buyers worry about evacuating quickly should a fire break out, particularly if they have children or suffer from mobility problems. The market value of the flats has dropped considerably, meaning owners are trapped in homes they cannot afford to sell.

How do you think the residents should protect their legal position and force Galliard Homes to complete the work more quickly?