40,000 Homeowners Opt To Use Equity Release Due To Cheaper Rates 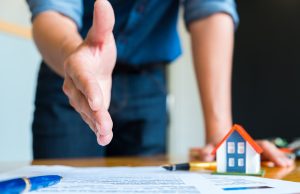 Almost 40,000 families have used equity release products in the first six months of 2018, according to data from the Equity Release Council.

According to the Equity Release Council, the reason for the increase in the number of homeowners using equity release has been attributed to providers offering consumers greater choice in products and cheaper rates.

They have also been indications in the market that borrowers are being offered much more flexibility as four in five products now offering penalty-free voluntary or partial repayments.

Those households wishing to unlock cash from their homes borrowed an average 30.8% of the housing wealth.

However, drawdown customers took less than a fifth (18.2%) of their property’s value as an initial advance.

According to a separate research carried out by the financial services provider OneFamily found that homeowners who chose lifetime mortgage products released £390m to gift to relations in the space of a year – most of the money was used to help a family member get on the property ladder.

The research found that property owners aged over 55 (who had a property valued at £379,000 on average) would only require a loan of 6% to help their loved one with their deposit.

It was found that two thirds of lifetime mortgages taken out in order to offer financial help have their interest paid monthly, which means those benefiting could realistically be making the repayments themselves.

Equity release options allows homeowners over 55 to access cash tied up in their homes. Cash released can be taken as a lump sum or a ‘drawdown’ policy – when it’s delivered in several smaller payments.

However, a new product has emerged on the market. Retirement interest-only (RIO) mortgages have soared in popularity following the Financial Conduct Authority (FCA) removing some ground rules earlier in 2018.

Interestingly, the FCA believes RIO loans could assist with the issue of ‘mortgage prisoners’ whereby homeowners are locked in interest-only mortgages with no way of repaying the balance at the end of their term.

There are of course pros and cons to consumers using equity release products but it remains to be seen whether it is a good idea in terms of finances.

As a conveyancer, what is your opinion of the data revealed by the Equity Release Council? Do you think consumers using equity release products is good for finances in the long-term?