Homebuyers save £bn’s on SDLT since July 2020 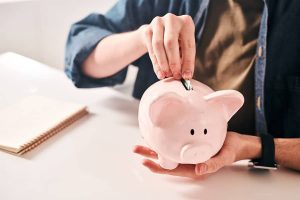 Research has identified that homebuyers have saved as much as £6bn on SDLT, with nearly half a million transactions completing between July 2020 and 30th June 2021, when phase 2 of the tapered end to the relief came into effect.

Analysis from Rightmove and GetAgent.co.uk differs but identifies that home movers have saved significant amount of money over the course of the last 18 months.

Analysis by GetAgent.co.uk who looked at every property purchase to have completed across England since the introduction of the holiday on 8th July 2020 showed that during the initial extended phase of the stamp duty holiday between 8th July 2020 and 30th June 2021, 482,292 homes were sold across England, with 83% of these transactions (402,381) paying no stamp duty at all on their purchase.

GetAgent estimates that this has saved homebuyers around £2.85bn in stamp duty tax.

During the second phase of the stamp duty holiday extension there were 123,941 estimated transactions, with around 45% of homebuyers (55,381) paying no stamp duty on their purchase, saving £224.8m.

Rightmove estimates that one million households benefitted from a stamp duty savings; an estimated £6.1 billion of savings.

“Around a million households made tax savings since last July, which provided some people with an added incentive to move, especially in the higher price brackets. We’re still seeing much higher levels of demand for homes than in 2019 so it’s clear there have been a number of other reasons for making this summer the time to move to a new home. There are still savings to be had for first time buyers, so this hasn’t signalled the end of savings altogether and we’re expecting the market to stay busy for the rest of the year and into next year.”

Rightmove continue to report high demand; as the holiday ends, they estimate that demand in England is 43% higher than in September 2019

Although the SDLT holiday has played its part in fuelling the housing market, in August HMRC revealed it had pocketed its highest recorded revenues from Stamp Duty Land Tax in July 2021.

Receipts from property purchases hit £1.309 billion in July, the highest month on record and higher than the £1.196 billion taken in March, the original date on which the SDLT holiday was due to end.