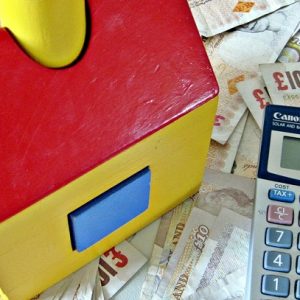 Presenting the monthly estimated of the figures for both residential and non-residential property transactions, HMRC property figures for November 2016 have recently been released.

The publication, showing data for the UK and its constituent countries, is based on statistics from both HMRC’s Stamp Duty Land Tax (SDLT) and the Scottish Administration’s Land and Buildings Transactions Tax (LBTT) databases.

The higher rates on additional properties in April of this year is likely be related to the surge in transactions for March 2016, which was followed by a significant drop. Although both April and May of 2016 are below the levels in of the same months in 2015, the total from Quarter 1 to Quarter 2 of this year is substantially higher than the same period in 2015.

The number of non-adjusted residential transactions which occurred during November 2016 was around 5.1% above that of October 2016. This figure was also 4.3% lower than that of November 2015.

For non-residential property transactions, the seasonally adjusted estimate grew by 5.8% between October and November 2016. This level is 10.6% above that of the same month last year.

Monthly peaks and falls have been observed in non-adjusted transactions, which are largely predicted given the seasonal nature of purchases.

Commenting on November’s transaction figures was Doug Crawford. The CEO of My Home Move highlighted the resilience of the property market through 2016 and beyond:

“2016 has been an unusual year for the housing market. Changes to Stamp Duty Land Tax (SDLT) on second properties resulted in a huge amount of transactions being brought forward into the first quarter, and an unexpected result in the EU referendum and subsequent uncertainty bred caution.

“Despite this, transaction levels have held up well in recent months, and the slight increase in transaction numbers between October and November is encouraging. While volumes are lower than they were a year ago, the gap has narrowed from being 9% lower than a year ago in October to 7% lower in November. The market is well placed to keep growing as we look to 2017. Since the referendum, transaction levels have remained stable largely, which shows that the fundamentals in terms of supply and demand mean the market will weather any further macroeconomic uncertainty.

“In the long-term, demand for both rented and owner-occupied accommodation will support price prices and sales volumes. There will undoubtedly be challenges for the market over the next twelve months, with the triggering of Article 50 and changes to landlords’ tax relief looming on the horizon. However, the property market has shown it is more than strong enough to overcome these obstacles.”

The statistics can be accessed here.