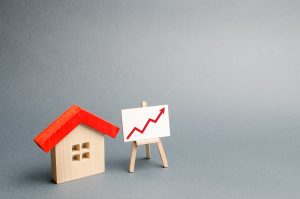 The effect of the stamp duty land tax (SDLT) and land transaction tax (LTT) holidays, has helped produce a bumper March for housing transaction numbers, with data released by HMRC this morning (21st April 2021), revealing that March 2021 had more than double the amount of transactions of the same time last year for England, and almost the same for Wales.

“This data comes as no surprise. The Stamp Duty holiday has once again turbo charged the property market – but not necessarily for the better.

“The sharp rise in monthly residential property transactions has been triggered by homebuyers who put transactions on ice until they knew whether the holiday would be extended picking up where they left off.

“Transaction volumes could soon wane as the impact of the holiday on demand tapers. Activity has been predominately driven by buyers with access to high levels of housing equity, many of whom would have already taken advantage of the higher threshold by the end of May.

“Those who require larger mortgages to finance purchases will be relied upon to lead activity in the market. However, even with the launch of the Government-backed 95% mortgage scheme, credit availability for these buyers remains scarce. The reduction in the number of buyers may cause a correction in transaction volumes in the coming months.

“It is time for lenders to accept property data products that can be delivered instantly, rather than relying on Local Authority Searches which are time consuming and cumbersome to produce. Expanding access to reliable data sources used by lenders has the capacity to speed up and improve the quality of risk assessment procedures and help to facilitate the provision of credit. This will improve the home buying process by making it more efficient and robust for future buyers.”

“The stamp duty deadline caused mayhem in the housing market in March. We saw double the number of sales as the previous March, as buyers scrambled to complete before tax bills rose again. The Chancellor shifted the deadline just before it hit, but by then buyers and sellers were committed.

“We can still expect bumper months in April and May too though, because the process has been flowing like mud, and plenty of sales will have slipped past the original deadline. Newer figures from Rightmove reveal that agreeing a sale has never been quicker, and the number of houses selling within a week has hit a record high. However, the sheer number of people trying to complete while everyone, from councils to law firms and surveyors have been working from home and social distancing has meant the process is taking far longer. Separate figures show the average time taken to complete is now 121 days.

“Given the enormous cost of buying a home, the stamp duty saving isn’t much to write home about, so its impact on the market seems disproportionate. The most it can possibly save you is £15,000, and when you consider that rising house prices have added an average of £20,000 to property prices since last February, overall you may well be paying more, even when the tax saving is factored in.

“However, the stamp duty holiday has a psychological impact far greater than its financial one. It prompts people who had a vague notion about moving some time in the future to firm up their plans and get cracking. It means that once we get past the end of June, we could start to see some of the heat coming out of the market.”

“Looking at the March figures from HMRC this morning we can see how the first lockdown in March 2020 was already affecting the housing market. Even as we prepared for the original end to the SDLT holiday this year the non-seasonally adjusted estimate is more than double that in March last year. It’s quite a staggering statistic and the disparity is set to continue. It is definitely a case of comparing apples with oranges. In fact, when comparing 2021 transactions to 2020, the divide is only going to get wider in the coming months.

“So perhaps we should be looking forward instead. With the Mortgage Guarantee Scheme now up and running and lenders committing to 95% mortgages, we will see the first-time buyer market grow. However, lenders still see these small deposit mortgages as more risky and the interest rates being quoted reflect this. With some close to 4%, when those with 25% deposit are enjoying rates around 1%, there is a danger that FTBs will still find that overall affordability is an issue. Nonetheless, the scheme is there to help more people with low deposits get onto the property ladder and I’m sure that will be the case.