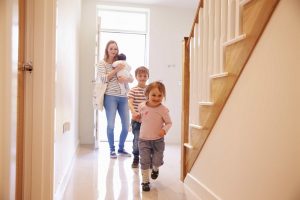 Homebuyers/sellers in the UK may have to shop around more to get the best deal on conveyancing due to record high moving costs across the country.

According to the annual study from ReallyMoving, larger conveyancing fees, up 5%, and higher stamp duty payments, up 4%, are increasing the cost of moving home. With stamp duty being fixed, potential buyers and sellers will seek to make savings elsewhere when looking at upfront moving costs, such as conveyancing.

The findings of the research also reveal that first time buyers (FTBs) are enduring rising costs, up by 2% year on year to £1,613.

Stamp duty contributes a large chunk of the total cost of a home move (44%), rising to 65% in London. Homebuyers/sellers now pay on average £4,625 in stamp duty, based on the median property value, while conveyancing costs are £1,490.

Removal charges have also increased by 1% over the last year to £480 on average, depending on how far the company has to travel and the number of possessions they are transporting.

The only cost which has remained the same is the Energy Performance Certificate (EPC) which still stands at £55. However, other costs have gone down slightly over the last 12 months, these include a Homebuyers Report, costing £408, which is a fall of 4%, and estate agent fees are down 1%, now costing £3,356 due to a competitive market.

Unsurprisingly, London movers have the biggest cost facing an upfront bill of £24,585 for buying and selling a home – which is almost 2.5 times the UK average.

With property prices in London falling in 2019, the report claims that homeowners are struggling to find the money to move through growth in equity, therefore the high cost of moving is becoming increasingly unaffordable.

The most expensive regions to move house is in the South East, East and South West, while the East and West Midlands sit in the middle of the table and Northern Ireland and the North East locations are cheapest because house prices are lower.

Due to the exemption of stamp duty for FTBs on properties up to the value of £300,000, moving costs for FTBs across the UK are significantly lower at an average of £1,613,

Increases in conveyancing fees and removals have been the main drivers of a 2% annual increase in overall moving costs. Higher prices in London has meant that first time buyers are typically paying £3,750 in stamp duty, bringing their overall total costs to £5,684 – which is 3.5 times the UK average.

“Homeowners are having to dig deeper than ever before to fund a home move, with upfront costs reaching another record high in 2019.”

“Stamp duty charges may be fixed, but it is possible to make savings on other costs such as conveyancing, surveys and removals by shopping around online for the best deals and comparing ratings and reviews, as well as price.”