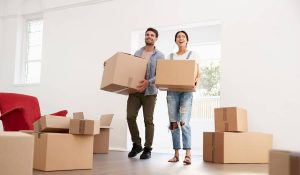 Zoopla’s findings were derived from using analysis of equity loans which found that Wakefield in West Yorkshire was England’s largest Help to Buy hotspot – which stands at £221,740 for an average house price for a new home.

Second place was awarded to Wiltshire (unitary authority), where the average house price for a new-build home is £333,760, while the third spot went to County Durham – with an average value of £196,783.

Looking at the 12 months to Q2 2019 findings, Wakefield sustained its position as the most popular area for Help to Buy loans, followed by Central Bedfordshire with an average price of a new build home standing at £389,884.

In the same period, the Borough of Tower Hamlets, with an average new-build home of £588,342 was the area of the most Help to Buy loans in London, followed by Barnet – with average new home build of £520,408.

Furthermore, Zoopla examined the year-on-year change to the amount of Help to Buy Loans being secured; their findings revealed that the Borough of Waltham Forest was a location with the biggest increase (241.3%) – which has an average price of a new-build of £422,879. On the flipside, the local authority of Havant in Hampshire had the largest decrease in Help to Buy loans (-72%)

“Whilst it might be presumed that first-time buyers only use Help to Buy in markets with stretched affordability such as London, our analysis shows that its popularity spans the entire country.

“Without doubt, the scheme has unlocked home ownership for many first-time buyers across England and, in some instances, has enabled them to access larger properties – in effect skipping that first rung on the property ladder and going straight to the second step.”

The Help to Buy scheme will become exclusive to FTBs after 2021 and is set to end in 2023.

However, back in the summer the new housing minister, Robert Jenrick said he would be having discussions with the new chancellor and previous housing secretary, Sajid Javid, which implied that the scheme could be extended under the new administration as he commented, “……I think all options are on the table…..”.

What impact has Help to Buy had on the conveyancing sector?