What happens when a notice to complete expires? 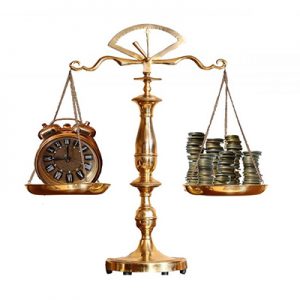 We all know that serving a notice to complete makes time of the essence- meaning that failure to perform by the date fixed amounts to a repudiatory breach of contract. Expiry of the notice then gives the party ready and willing to complete the right to rescind the contract. However, what happens when the innocent party does not exercise its right to rescind and the contract continues? What effect does that have on the notice to complete, and its requirement that time is of the essence? This was the crucial issue in this case.

The case concerned a contract to purchase a property that was subject to assured shorthold tenancies and was to be sold with vacant possession using the 5th Edition of the Standard Conditions. The sale price was £643,000 and a 10% deposit had been paid. The completion date was set for 3 April 2014, by which time the seller had not been able to obtain vacant possession of the property. The buyer served a notice to complete to expire on 29 April 2014. (An immediate moral here, of course, is that when selling tenanted property, never exchange until vacant possession has actually been obtained!)

The seller was unable to provide vacant possession on 29 April 2014, and was therefore unable to complete. The parties discussed a revised completion date (and a reduction in the sale price) but no agreement was reached. The buyer however, did not exercise its right to rescind the agreement as set out in the Standard Conditions.

On 2 May 2014, the seller confirmed that vacant possession had been obtained. The buyer at this point wanted its agent to inspect the property, just to make sure it was vacant, after which completion could take place. On 6 May 2014, the seller served a notice purporting to rescind the agreement and to forfeit the deposit as set out in the Standard Conditions.

The parties issued cross applications for summary judgment; the buyer seeking specific performance of the agreement and the seller seeking a declaration that he had validly terminated the agreement and could retain the deposit. He claimed that time remained of the essence for a ‘reasonable period’ after the expiry of the notice to complete. He argued that as the buyer had failed to complete within that reasonable period, he was in repudiatory breach, so that the seller was entitled to repudiate in accordance with the Standard Conditions.

The case shows how careful we must be when we have served or received a notice to complete. No doubt the seller’s solicitors’ misunderstanding of the situation would entitle the client to make a claim against them. What they should have done is simply serve a notice to complete themselves. Hindsight is a wonderful thing.