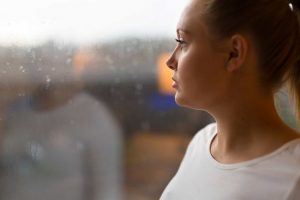 Legal mental health charity, LawCare has reported receiving their highest ever number of helpline calls from solicitors in 2018.

An even more worrying statistic from the charity has revealed calls from solicitors complaining about bullying and harassment has nearly doubled in 2018.

LawCare, a charity that promotes and supports good mental health and wellbeing across the legal community in the UK and Ireland, runs a helpline with one-on-one peer support for the legal profession offering emotional support.

The legal profession helpline has dealt with 932 calls in 2018 from 624 callers, a 5% increase on the number of calls in 2017. The most common reason for calling was stress (26%), followed by depression (19%) and anxiety (11%). Calls about bullying and harassment have risen from 38 calls in 2017 to 68 last year. The majority of callers to the helpline were women (64%) and 48% were trainees/pupils or had been qualified five years or fewer.

Elizabeth Rimmer, CEO of LawCare, said: “2018 was our busiest year to date on the helpline since we started over twenty years ago. Whilst we are pleased more lawyers are reaching out to us for support, we remain increasingly concerned about the long hours and heavy workload culture in the law which significantly affects wellbeing. We are particularly concerned about the number of callers citing bullying and harassment in the workplace, it is absolutely essential that legal practice organisations take steps to stamp this out and take the wellbeing and treatment of staff seriously.”

Elizabeth Rimmer added that following the #MeToo campaign there had been “no massive spike in calls about sexual harassment” but she believes it may have assisted in raising the general issue of harassment.

Rimmer further added “Lawyers may be having a difficult time with their boss or feeling undermined or sidelined in the workplace. They might be returning to work after a period of illness and feel that people want to get rid of them.

“Sexual harassment is not what the bulk of calls are about, but all the publicity in the legal media might be creating a greater awareness of harassment in general.”

Furthermore, Sir Andrew McFarlane, the president of the family division has suggested due to the pressure the legal system is under, each solicitor should have set limits on how early or late they can email to avoid mental exhaustion.

To ensure the wellbeing of professionals in the industry, Sir Andrew McFarlene felt that “some corners may have to be cut and some time-limits exceeded”

According to the Mental Health Foundation, every year in the UK 70 million workdays are lost due to mental illness. These include anxiety, depression and stress-related conditions – meaning mental illness has now become the leading cause of sickness and absence from work. This shows the importance of tackling the issue head-on and why there should be a focus on the prevention of mental ill health in the UK.

As a conveyancer, how do you think mental ill health could be prevented in the workplace?