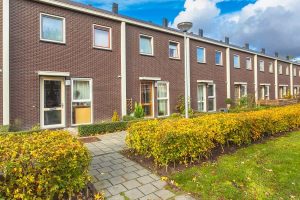 A case has been brought against a conveyancing firm for failure to notify their client of the incremental increases in ground rent on their leasehold property.

The case relates to the previously common practice of builders selling new-build properties with leasehold tenures, with an agreement that the ground rent would double every 5-10 years.

Carole Patterson is pursuing a negligence claim against her conveyancers for failing to notify her of this clause. She argues the spiralling ground rent renders her flat unsellable.

“I just feel so frustrated that something I worked so hard for and saved for has no value at all now. I bought this flat as an investment for my pension. The ground rent on Buckingham Palace wouldn’t be as much as what I would be paying at the end of my lease.”

According to Patterson, an offer to change the terms of the lease has been made, but it would cost her £100,000.

In September 2020 The Competition and Markets Authority launched enforcement action on 4 housebuilders (Barratt Developments, Countryside Properties, Persimmon Homes and Taylor Wimpey) for their roles in the mis-selling of leasehold properties with what it described as “unfair contract terms.”

And in March Taylor Wimpey and Countryside Properties were ordered remove the terms in their contracts which forces leaseholders to pay increasing ground rent citing consumer protection law breaches.

Plans are in place to curb the unfair practices that have affected leaseholder with legislation that allows house and flat leaseholders to extend their lease to a new standard 990 years with the ground rent set at zero.  They are also going to abolish the marriage value which is used to calculate the premiums payable.  However this is unlikely to be outlined in greater details until later in 2021/early 2022.

But Leasehold groups have warned that the proposals don’t go far enough, describing them as “window dressing” calling for more detail to be provided around so called Commonhold.

A spokesman for the firm who acted for Ms Patterson says: ‘The issues which arise in this case are much broader than relating to a particular firm of solicitors and are being addressed by Parliament.’