Has The Government Opened Their Eyes Up To The UK’s Housing Crisis? 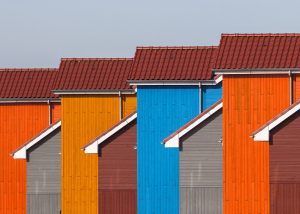 In answer to the nation’s housing predicament, the Prime Minster Theresa May announced in her speech to the National Housing Federation in September that the UK Government would be spending £2bn to boost the country’s affordable and social housing supply.

As the first Prime Minister to talk at the event, Theresa May comments on the housing issues, “speaks volumes about the way in which social housing has, for too long and under successive governments, been pushed to the edge of the political debate… at best taken for granted, at worst actively undermined.”

Below are MHCLG Key findings:

Andrew Lloyd, Managing Director at Search Acumen, comments on MHCLG’s research findings: “The UK Government and industry has finally woken up to the scale of our nation’s housing crisis. It’s encouraging to see recent drives to increase the supply of affordable housing start to reach fruition, with over 47,000 affordable homes delivered in 2017-18. But we have a lot of work to do – National Housing Federation estimates suggest we need to be building more than 140,000 affordable properties a year to help satisfy demand.

“While the need to build more affordable homes is an urgent one, we have to ensure that the resolution to this problem isn’t a knee jerk reaction of more promises of affordable housing investment, without thought as to what type of properties are most in need, and where they are needed. If we are to fix the UK’s housing crisis for this generation and those to come, we need to take a smarter approach.

“The Government has made its intentions clear that both public and private enterprises must take advantage of property data to make better planning and building decisions. To build more, we need to do a better job of identifying and unlocking the sites best suited for affordable housing, and to make sure we’re not only building the right kind of homes at the right price, but in the right places also.”

As a conveyancer, do you think the Government’s cash injection will get the UK housing market out of trouble?