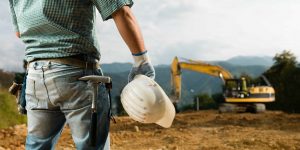 The current process for calculating housing needs suggests that the Government’s goal of delivering 300,000 homes per year will not be met.

Last year in the National Planning Policy Framework, planning consultancy Lichfields had evaluated how the ‘standard method’ would meet the Government targets, through calculating the minimum number of dwellings each council should plan for. To achieve a goal of 300,000 homes a year the Government needs to deliver more than the minimum, as this will only deliver 273,000 homes.

“At this very early stage, the signals indicate that emerging plans are not doing what will be necessary to achieve the 300,000 per annum ambition. Many of the regions where the new standard method is aimed at addressing housing shortfall – and the regions with the greatest problem of affordability – are not currently matching the minimum starting point.”

The report notes that three northern regions are anticipated to see an increase of 13%, which is 2,100 houses, but the south east and east of England could see a net reduction of 6%, which is 900 homes. London will see an annual shortfall of 11,000 homes with the Mayor of London’s current target. If London continues at this current rate, 27,500 dwelling, the total delivery will be 234,500, meaning that the rest of the country will need to surpass the standard method by 39%.

It may not come as a total surprise to house builders that the housing goal will not be met, as a report from earlier this year suggested that the building industry was pessimistic over the 300,000 home target. The survey by McBains found that less than half of the 400 home building companies were confident that the target of 300,000 new homes per year could be met in the next five years.

Overall, there was a feeling that current building regulations and the implications from Brexit will put a huge strain on the building sector over the next few years. Furthermore, with uncertainties over Brexit, 48% of respondents were also concerned that skills shortages will worsen as foreign workers are deterred or restricted from entering the UK.

Lichfield says that its research highlights the warning signs that plans are not currently setting out to deliver what is needed.

As a conveyancer, could this suggest a failure in the house building system itself? What should be done to help further improve building productivity?