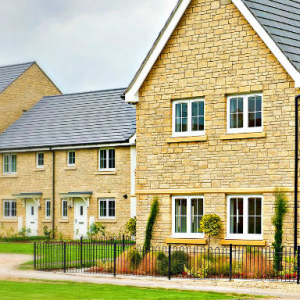 With the UK property market under increasing pressure, Theresa May’s government is set to hold a crucial housing summit today at 10 Downing Street. Representatives of many of the major house builders are thought to have been asked to attend the high-level meeting in advance of the autumn budget statement on 22nd November.

According to the Daily Telegraph, government sources claim that the Prime Minister will use this opportunity to “lay down a challenge” to the industry to construct more homes. The summit, which Mrs May’s supporters are calling a “significant intervention” by the Prime Minister, follows promises made in her now infamous Conservative party conference speech to get more people onto the housing ladder.

During her recent address to party members, Mrs May asked house builders to “build the homes our country needs”. However, responding to these comments, housing commentator Henry Prior said: “Blaming builders and demanding developers solve the housing crisis is neither plausible nor fair.”

Ms May has also been criticised after it was revealed that promises of a council house building “rebirth” would only provide 25,000 additional homes over five years.

It is thought that the summit will discuss possible new measures and initiatives to create the extra homes now needed. According to sources, this is likely to include acceptance that some areas of Green Belt land may have to be built upon, and that councils may be allowed to borrow more to create their own public housing. Stamp duty reform is also likely to be a critical area of discussion.

With rumours that housing could be a key area of focus in the forthcoming budget, and that ministers are keen to introduce bold and effective measures, commenting in the newspaper an unnamed Cabinet source said: “There are quite headline-catching things that can be done on that front. Someone floated an idea about having different tax rates for younger people. We’re going to go in at that level and do even better if we’re going to have a radical Budget.”