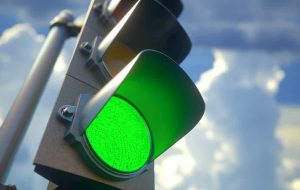 The Government are ready to launch the second stage of their research into reservation agreements by implementing a trial over the next several months.

The idea of creating policies to reduce gazumping and gazundering by establishing a financial bind during the pre-completion stages of the buying and selling process has been something the Ministry of Housing, Communities and Local Government (MHCLG) have been long term advocates of.

Tasked with reducing the £270 million annual waste absorbed in the estimated 33% housing purchase failure rate, the MHCLG are set to initiate the second stage of the research into reservation agreements by garnering the active support and advice of estate agents and conveyancers and implementing a legally binding reservation agreement process in various areas of the UK.

An initial three month consumer consultation gathered more in depth insight over the summer and the Government feel ready to trial a system in the early stages of 2020.

It is thought locking buyers and sellers into an early agreement through a financial deposit could help to prevent a gluttony of fall throughs causing unnecessary financial loss and hopefully create more confidence and trust in the process.

Governmental research suggested that almost half of sellers (46%) and a third (33%) of buyers were concerned that the other party will change their mind at some point in the sales process.

Very few stakeholders felt confident that the sale would make it to completion with 70% of buyers and 66% of sellers anticipating a speed bump scuppering the sale.

It is hoped that creating a workable reservation agreement process can help to reduce fall through rates that are already starting to decline.

22.39% of sales fell through in the third quarter of 2019 according to data provided by Quick Move Now.

Of the sales to fall through, 40% pulled out because buyers or sellers had changed their mind with a third (33.3%) exiting the deal because of perceived slow progress. Under the Government’s system set to be trialled next year, buyers or sellers would face a financial penalty and would lose their reservation deposit.

However, a fifth of all deals were falling through because buyers were unable to secure a mortgage and 6.7% collapsed along with the property chain. Circumstances like these would be exempt from all penalties along with issues involving family bereavements, job losses and unforeseen faults in the property.

Matt Prior, lead officer on reservation agreements project for the Ministry of Housing Communities and Local Government, said:

“If you put your house on the market today, 20 weeks later you will be able to move into your new home. Not only does it take a long time, it takes a lot longer than people have told you.

“It sets you up an expectation that’s probably not going to be met. This causes issues all the way through the process. People enter a distrustful mindset…You’re entering into a relationship where both parties are convinced the other side are going to cheat on you.

“You’ve got a process that lasts 20 weeks. Why not try to lock people in a lot earlier? You have people who have tried to move two or three times, the buyer pulls out days before, it’s heart wrenching.”

Will reservation agreements prevent more fall through rates? Or, will the appeal of a greater price or more suitable property override any financial sanctions imposed through the agreement?