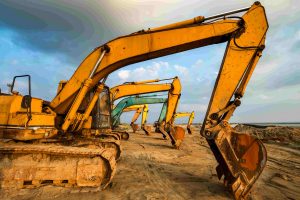 The Governments are replacing little over a third of the social homes they sell off through the Right to Buy scheme.

Governmental Right to Buy sales and affordable home starts and acquisitions are declining as a struggling market continues to impact those with the greatest housing need.

According to the ‘Right to Buy Sales in England: April to June 2019,’ published by the Ministry of Housing Communities and Local Government (MHCLG), in the opening quarter of 2019/20, 2,313 properties were sold under the Right to Buy scheme by the collective Local Authorities in England.

This figure represents the lowest recorded number of transactions under the scheme since the recovery in 2013 when 2,181 social homes were bought by their tenants.

Whilst the current number is four times higher than the 293 social homes sold during the heart of the financial crisis in 2009/10, the current total marks a 6.9% reduction from the 2,485 homes sold in the opening quarter of 2018/19.

However, a more worrying picture is presented when the Government’s replacement social housing policy statistics are reviewed.

The Government are clear to state that the UK is in the midst of a social housing crisis. A recent cross-party report into social housing, chaired by Shelter, argued that 3.2 million social houses are currently needed to stem the flow of the crisis.

1.3 million offered to those suffering from overcrowding, homelessness, financial need and disability considerations. Additionally, the report claimed that 1.2 million homes should be provided for young people and 700,000 for older tenants trapped in generation rent.

To compensate for this short fall, the Government implemented a ‘one-for-one’ additions policy with receipts being used to pay off debts and fund new social housing starts and acquisitions/re-purposing of existing property.

Unfortunately, the Government are falling well short of this target. Whilst 2,313 homes were sold using Right to Buy, only 1,290 new build starts or property acquisitions were recorded in the opening quarter of 2019/20. This means only 44% of social homes sold were replaced.

Since 2012/13, 74,642 homes were bought using the Right to Buy scheme. However, a fraction of this figure was used to build replacement social housing. 25,204 social construction starts and acquisitions were made during the same period.

When only 38% of social homes sold under the Right to Buy scheme are being replaced, it is difficult to see how the housing crisis stands any chance of being resolved.

When you throw into the mix the fact that the Shelter report urged the Government to build 3 million additional social homes over the next 20 years, the scale of the problem becomes clear.

Are the Government doing enough to help resolve the housing crisis? Should more affordable and social homes be made available?