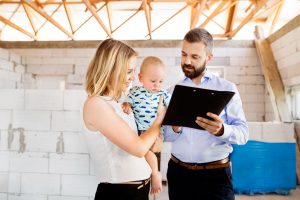 Communities Secretary, James Brockenshire, is set to announce plans to significantly reduce and then cap ground rents on all new build properties.

According to a government statement released on Sunday, the Government will begin a consultation into proposals that were made yesterday.

The Government are to cap ground rent at £10 a year in the hope that leasehold property will be deemed as uneconomical; meaning the majority of homes in the future will be sold as freeholds.

This will be a huge relief to many people that have been living in a nightmare environment because of the implications of their leasehold property. The Government backed up their proposals by highlighting that the average leasehold property will pay £300 a year in ground rent, with some paying up to £700.

Robert Haigh, Director (Valuation Consultancy) at Chestertons, said:“The government’s announcement that ground rent will be capped at £10 per annum for any new lease granted on a flat or apartment can be seen as a positive for future buyers, and on the face of it removes the potential for abuse of the system by freeholders who have in the past inserted the infamous doubling ground rent clauses on compound basis.

“However, the concern is that the legislation won’t be far reaching enough. The system of ground rent in the lease at a reasonable level has worked for centuries and by restricting its use to this extent it may force the relatively nominal cost to be moved to other areas that are harder to regulate. For example, the service charge is usually contained within a separate clause within a lease so this will remain untouched. I have seen recent service charge clauses that allow a management company to charge an element of profit and I fear that this may become the norm. It is possible that management companies will then pay developers for the right to be made the first provider of management services and seek to recoup a profit from leaseholders who will find it hard to organise and effect a change of management company. This will arguably have a net negative effect for leaseholders in the short term and be harder to rectify.

“The removal of leasehold for houses in the majority of cases is undoubtedly a positive step for a leaseholder. However, the cap at £10 per annum for new leases on flats to me feels a little bit like a ‘knee jerk’ reaction with the government medalling in a largely sound system that has worked fairly for both leaseholders and freeholders for many generations, but has recently been abused by a few rogue landlords.

“I hope that the new regulations will be a benefit to the leaseholders of flats as well as houses but I am fearful that there will still be new loopholes that will be exploited by those who wish to do so.”

James Brockenshire, Communities Secretary, commented: “Unfair ground rents can turn a homeowner’s dream into a nightmare by hitting them in the back pocket, and making their property harder to sell.”

“That’s why I’m taking concrete action to protect homeowners and end those unscrupulous leasehold practices that can cost tenants hundreds of pounds.”

However, the consultation will consider fair exemptions from the scheme, with shared ownership likely to maintain higher fees.

The Communities Secretary also wants to bolster the power of leaseholders by increasing the size and power of the Secretary of the residents’ association by ensuring that landlords provide contact information of all consenting eligible leaseholders within four months of completion.

The choice of words used by Brokenshire may frustrate many leaseholders as they would consider themselves owners rather than ‘tenants’; it is this blurred concept that is at the crux of the leasehold problem.

A leaseholder should feel ownership of their property, not concerned about paying for the land on which their property sits. Hopefully, these proposals and reforms will change the archaic landscape of the housing market for the better.