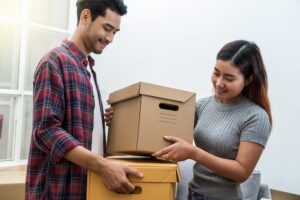 Chancellor, Rishi Sunak, first introduced the scheme back in March as part of his wider Budget announcement, but data shows that between April and the end of June just 812 mortgages completed using the support scheme of which 666 were first time buyers, equal to around nine per day or 0.7% of all residential mortgage completions.

The Government agrees that take-up of the scheme has been low, with the Treasury commenting that, “this was expected owing to the infancy of the scheme at this point in time and the average length of time to complete a house purchase“.

Using the scheme, buyers have been able to purchase homes worth up to £600,000 with a 5% deposit from lenders since it launched in April. The scheme is expected to run until December 2022 with high street banks Lloyds, Santander and Barclays amongst those that have signed up to the programme which guarantees a share of losses if borrowers default.

Around £185 million was lent with the scheme’s guarantee when it first launched, with the highest demand in Scotland and the South East of England.

Speaking to the Telegraph, Neal Hudson an analyst at Built Place, said:

“The numbers are definitely very low. There will, however, inevitably be a delay because borrowers using the scheme will have had to do so in the early stages of their buying process.”

“The messaging is just as important as the direct lending under the scheme. The Government showed banks it was willing to take a stake in the market and other lenders have followed suit, even outside of the scheme itself“, Hudson added.

Other experts agree that it may be too early to assess the full impact of the scheme on the housing market. Lucian Cook, of Savills estate agency said:

“There is quite a lot riding on this for first-time buyers given huge house price increases and Help to Buy ending in March 2023 … with previous mortgage guarantees the take-up never really lived up to the aspirations of the Government, so the final success on this one is yet to be seen.”