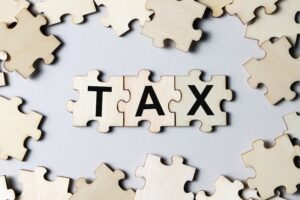 The UK Government has set out further plans to create a modern, simple and effective tax system during its Tax Administration and Maintenance Day that took place this week, including potential changes to stamp duty relief for multiple dwellings and mixed-use properties.

Details announced at the Government Tax Administration and Maintenance Day build on action the Government took as part of its March 2021 Tax policies and consultation update, where it set out measures to support the government’s wider ten-year plan to build a modern and trusted tax administration system, and to tackle non-compliance.

Published in July 2020, the aim of the ten-year plan is to modernise the tax administration framework, make better use of real time and third party information, and progress Making Tax Digital to improve the experience for taxpayers and businesses, reducing the tax gap and increasing resilience.

“We want to build a tax system which supports the economic recovery, is simpler for businesses, and helps taxpayers get their tax right the first time.

Today’s announcements set out what we are doing to achieve this – providing people and businesses with an opportunity to engage in this work and help shape this reform.”

“As we continue our work to improve the tax system for UK taxpayers and clamp down on avoidance and evasion, we know that an open dialogue with our stakeholders is vital.

With thanks to the tax profession for their views, we can now announce the next steps for how we will simplify the legislative framework and raise standards in the tax advice market. We are also announcing new areas on which we are inviting views, including reforming Income Tax Self-Assessment registration for the self-employed. These announcements will contribute to creating a modern, trusted tax administration system.”

As part of its Tax Administration and Maintenance Day the Government announced that it is consulting on changes to stamp duty relief for multiple dwellings and mixed-use properties. In particular, the Government signalled that the rules for mixed property transactions are being used by some purchasers to unfairly reduce the stamp duty payable and abusive claims for multiple dwellings relief have also increased.

Commenting on the announcement, Sharron Carle, tax solicitor at Keystone Law said it’s no surprise that HMRC is looking into this, but new legislative provisions brought in to tackle abusive arrangements often give rise to potentially punitive charges for the most genuine of cases, or it can make it even more difficult for taxpayers and their advisers to determine which side of the line they now fall.

“It is of little surprise that HMRC have now felt compelled to reform the basis of which multiple dwellings relief (MDR) and mixed-use claims can be made. The amount of time and resources which need to be employed by HMRC to challenge the spurious claims being made and so that tribunal judges can confirm that the basis of the claim is not pushing the relevant definition of ‘what is a dwelling’ to the limits of reasonableness, cannot be overestimated. However, time and time again we are seeing new legislative provisions brought in to tackle abusive arrangements which either give rise to potentially punitive charges for the most genuine of cases or make it even more difficult for taxpayers and their advisers to determine which side of the line they now fall.  Whatever option HMRC now chooses to follow to restrict the availability of relief, there will be concerns ahead for all involved in the residential property market,” she said.

“Any consultation on reform and simplification of SDLT would be welcomed I’m sure by the entire conveyancing community and indeed the software industry that supports them.

The areas that this consultation focus on that mixed use and/or multiple dwellings relief and how it has been the subject of contentious claims not only to HMRC but also against solicitors by ambulance chasers highlights the much needed case for clarity and a lack of ambiguity in tax law surrounding this area and unless the government is prepared to redraw the legislation so that it is clear and unambiguous the potential for dispute will continue.

Compass was produced precisely because of these fundamental uncertainties and the actions of unscrupulous litigation firms in pursuing claims against law firms a percentage of which were clearly unsupportable based on the disclosures in the consultation document.  At present Compass is the only means by which solicitors can protect themselves from claims and litigation that result from SDLT errors and ensure not only compliance but also more competitive PII premiums by being able to demonstrate that they have outsourced the risk associated with these areas to a third party.

We will be contributing to the consultation and will be giving HMRC’s document some serious thought before making our submissions early in the New Year.”