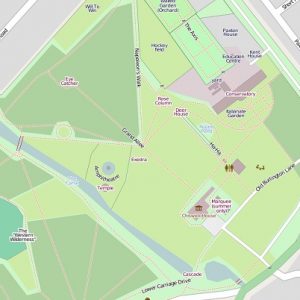 A proprietor who wishes to determine the exact boundary line may apply to Land Registry to register a determined boundary. The Registrar will consider the application and send notification of the application to the registered proprietors of titles affected by the application. If an objection is raised, and the Registrar does not consider the objection to be groundless, and if the parties cannot resolve their disagreement, then the dispute will be referred to the Land Registration Division of the First Tier Tribunal (FTT) for determination.

A landowner applied to Land Registry for the determination of a boundary. The adjoining landowner objected and the dispute was referred to the FTT. The judge decided that the plan accompanying the application was not satisfactory (it has to be accurate to within +/- 10mm), did not accept that the boundary was where the applicant said it was and the application failed. The judge then made a finding as to where the true boundary was. There was an appeal to the Upper Tribunal.

HH Judge Dight held that the FTT’s jurisdiction was limited to determining the matters referred to it by the Registrar. Having determined that the plan was not accurate and that the application should therefore be dismissed, the Judge lacked jurisdiction to go on to make findings as to the location of the boundary. He stated (at [65]):

In my judgment the correct analysis of these provisions is that the scheme intends that the outcome of the application will be completion or cancellation, not a general determination of boundary issues.”

Accordingly, he allowed the appellants’ appeal and set aside the findings of the Judge of the FTT.

The applicants appealed. Although she allowed the appeal and directed the Registrar to register a determined boundary in accordance with the application, Judge Elizabeth Cooke discussed whether the FTT had jurisdiction to direct the Registrar as it had, and the extent to which HHJ Dight’s judgment in the Murdoch case should be regarded as authority that it did not.

She disagreed with the views expressed by HHJ Dight in Murdoch and distinguished that case. It was, she explained, a decision based upon the unsatisfactory nature of the plan in that case and was authority for no greater proposition than that, if the application is to be dismissed because the plan was not in accordance with the rules, the FTT then had no jurisdiction to go on to consider the proper location of the boundary. It followed that Judge Dight’s comments that the FTT could only direct the Registrar either to register the determined boundary in accordance with the application or to dismiss the application, and no more, were all obiter and neither she nor the FTT were bound by them.

So a difference in judicial opinion – which view will prevail? It is perhaps significant that Land Registry Practice Guide 40s4 refers favourably to HH Judge Dight’s views but not to HH Judge Cooke’s at all.