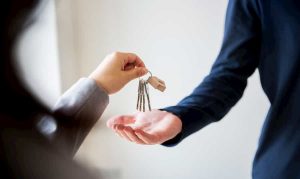 First-time buyer (FTB) transactions have increased by 84% since 2009.

Between 2009 and 2019, FTB transaction volume rose from 193,940 in the doldrums of the financial crisis to 356,767 completed transactions at the end of the last decade, according to data from Halifax.

The importance of FTBs to a successful property market in recent years has also become apparent with their market share rising from 39% to 51% in the past decade.

Despite the importance of this key demographic in the property market, their costs and barriers to entry have experienced sharp increases over this time period with average purchase prices rising by 9%.

Furthermore, the average UK deposit has risen by 7% in the past ten years, meaning FTBs will not need to save an average deposit of £46,187 before they are able to secure finance for their first home.

“Whilst price growth in the overall housing market has been modest in recent years, the level of inflation facing first-time buyers is greater, which compounds the challenge in raising bigger deposits.

“However, given their importance to the market as a whole, it’s reassuring that the overall number of new buyers getting on the ladder remains stable.

“This is in part explained by initiatives designed specifically to support this key group, including Help to Buy schemes and family support mortgages, and they also benefit from the continued period of record low interest rates. However, it’s clear that more needs to be done to address more fundamental long-term issues, not least the shortage of new, affordable homes being built.

“We’ve seen a big uplift in the number of first-time buyers in Scotland over the last decade, and they continue to account for around half of all purchases. This shows just how important they are to the health of the Scottish property market, a situation that’s been helped by a number of factors, including Government schemes and continued low interest rates.

“Scotland also remains one of the most affordable areas in the whole of the UK, with both average prices and deposits much lower than the overall average across the four nations. That only tells part of the story though, with significant differences seen in many local areas, and locations such as Edinburgh and East Lothian looking more challenging for those aiming to take that first step onto the property ladder.”