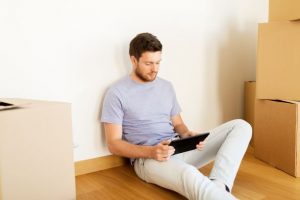 First-time buyers (FTB) have almost reached their highest point since the peak point prior to the housing market crash of 2006.

According to data generated by Halifax and the Lloyds Banking Group, more than 170,000 first-time buyers have bought property in 2019.

This figure is just short of the peak number of first-time buyer completions in 2006 and represented an increase of almost 100,000 FTB property purchases since the trough point of 72,180 FTBs in 2009.

However, rising house prices over the past decade have left FTBs scrambling around to find additional funds after the average deposit increased by 52% since 2009.

The average deposit for a household buying a property for the first time is now £41,099. This figure represents just under a fifth (18%) of the overall asking price.

Whilst the home deposit in 2009 was worth 20% of the property’s value, the average deposit was only £27,059 making it a more realistic target than in the current market.

First-time buyers now make up 52% of the UK’s financed home purchases, a distinct increase market share from the 38% recorded in 2009. As property prices increase, there is a risk that huge swathes of the largest buying demographic will be priced out of home ownership.

As deposit affordability becomes more difficult to achieve and Help to Buy opportunities are winding down, it would seem that the Government will need to consider how this section of the market can continue gaining a foothold on the property ladder with the same intensity as those in the present.

“While increasing numbers of first-time buyers is good news for the housing market and they are not far off the peak of the last boom which was just under 190,000 in 2006 – it’s saving enough to get a foot in the door that’s still the biggest blocker.

“As part of our commitment to lending £30bn to first-time buyers by 2020, we are offering families a way to help give the next generation the boost that they need to get on to the property ladder, while providing competitive rates to both buyer and supporter.”

How can the Government ensure the largest buying demographic is able to afford property in the future once Help to Buy comes to an end?