Friends of the Earth challenge the revised NPPF 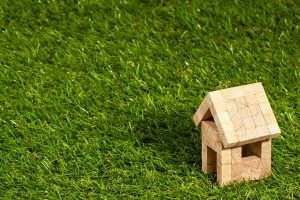 The environmental organisation ‘Friends of the Earth’ is seeking High Court Action in the hope of forcing the Government to carry out adequate Strategic Environmental Assessments (SEA) of the policies embedded with the National Planning Policy Framework (NPPF).

The main concerns raised were that the new NPPF seems to be in favour of fracking, open to the prolonged use and development of coal-based energy providers as opposed to the development of on-shore wind farms and massively supports new housing developments. All at the detriment of the environment because SEA were deemed inadequate or omitted altogether.

Friends of the Earth believe that a detailed SEA should have been carried out before the publication of the NPPF. If this wasn’t the case, then a SEA for each contained policy should be enforced before the NPPF be considered legally binding policy.

The challenge has huge ramifications because the policy is already in effect. It will leave many Local Planning Authorities feeling uncertain and confused as to how they should proceed in the future, having already adhered and adapted to recent changes of the new NPPF.

Planning authorities will need to comply with the NPPF because it is current national policy. However, amidst Brexit uncertainties, property developers will also need to observe EU regulations that may require more thorough SEA considerations.

Thus, they remain in ambiguous limbo until the official challenge has been resolved. Do you comply with the NPPF that is currently being challenged, or do planning authorities err on the side of caution, causing costly delays, by ensuring environmental policies are thoroughly assessed?

Kate Gordon, Friends of the Earth senior planner, said: “What we build, and how we build it – from new homes to power stations – has an impact on our health, our lives and the environment around us.

“The new planning rulebook was a chance to put an end to dirty coal, boost renewable power and energy efficiency, and put climate risks front and centre – to create a more sustainable environment for us all to enjoy.

“Instead, the Government has further threatened our already warming climate – and yet no strategic environmental assessment was ever made of the plans.”

Will Rundle, Friends of the Earth’s Head of Legal, added: “The Government pays lip service to leaving the environment in a better state for future generations but in reality does the opposite. Publishing a new national framework for development in England without any assessment of its major environmental implications begs the question of what happened to good governance.

“We’re taking legal action over the complete failure by the Government to environmentally assess the major impacts of this new planning framework, which we think is unlawful and shows contempt for people and our planet.”

A Ministry for Housing, Communities and Local Government spokesman said: “Environmental protection is at the heart of our new planning rulebook, setting clear expectations for future development. While this legal case is on-going, it would be inappropriate to comment further.”

Whilst the Planning Court dust away the cobwebs that have accrued over the summer recess, they will be thrown into a contentious and divisive case that will require swift attention. Further delays will only result in additional costs, frustrations and confusions for all concerned.

Find the full Friends of the Earth press release here.

Will this delay the building process of much needed housing stock? What will be the implication for conveyancers? Is this a Government oversight that could damage the future housing market?