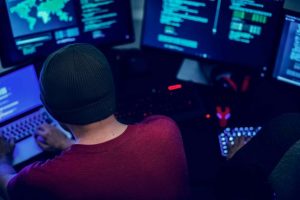 A Fraud Response Initiative, set up to reduce and prevent conveyancing fraud, are proudly boasting a 55% recovery rate on the cases they have worked on since 2017.

Buyers, teetering on the brink of ecstasy as they make their home purchase whilst dreaming of the life they will make in their new home, are left in turmoil as their money is stolen in the final moments of the process.

The Fraud Response Initiative, set up by specialist insurance business Pen Underwriting and law firm Mills & Reeve, have helped repatriate £3.7 million of £6.7 million lost to cyber and conveyancing fraud since 2017.

In total, £354.3 million was stolen via APP fraudsters using social engineering tactics to convince people to part with their money.

Malicious redirection fraud, where buyers are persuaded to send the money to the fraudster, including conveyancing fraud, cost innocent members of the public over £123.7 million through 9,000 payments in 2018 alone.

Of the 14 cases, worth £6.7 million, 55% of the money has been returned and in three of the cases, the full amount was reclaimed and returned to the property owner.

Additionally, 98% or £1.1 million of a property valued at £1.3 million was recouped following an investigation by the Fraud Response Initiative.

Using a range of tactics described as proactive and attacking, the use of hiring a private investigative service is proving worthwhile to many victims of this fraud.

The providers claim that cutting out unnecessary chains of communication and administration reduces delays that can devastate an investigation. The immediacy of reporting and actions enables the Fraud Response Initiative to increase their chances of preserving, tracing and recovering funds effectively.

“House purchases are often the most expensive payment that people will make in a lifetime, so it is no surprise that fraudsters line up this veritable treasure trove as a prime target. The swiftness of the Fraud Helpline and Response initiative and its clear set of protocols enable immediate and effective reaction, maximising the chances of blocking, preserving and recovering stolen funds for insurers.

“In many cases, by the time a notification hits the inbox of a client’s broker we and the specialist team of lawyers at Mills & Reeve are already progressing matters with banks, the police, overseas lawyers, IT and data specialists and other experts, giving us the best possible chance of recovering part or all of the stolen monies.”

“The reaction to fraud is often time-critical and the scheme we have developed with Pen provides us with the tools to take all necessary and immediate steps to preserve and recover stolen funds before it is too late.

“Through its proactive and attacking approach, the scheme has delivered impressively effective results. There is also a strong public service perspective — we have already helped the Police and CPS secure a criminal conviction in a £1 million fraud with further criminal cases in the pipeline, running alongside the civil actions and recoveries that we are bringing against the fraudsters.”