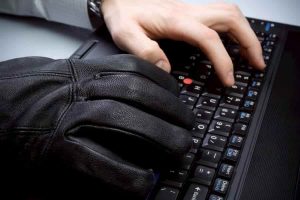 However, the majority of fraud cases making it to court declined in 2019.

The number of financial service frauds fell from 58 cases in 2018 worth £78 million to just 38 cases last year totalling £28 million.

Similarly, the report indicates that Account takeover and payment transfer fraud, which includes many cases of property fraud, also declined in 2019 with cases making it to court falling from 35 to 25.

Cases of probate fraud also fell from 40 to 30 cases annually.

The statistics could suggest that fewer fraudulent crimes are taking place. However law enforcement agencies were criticised last year for failing to prosecute cases of fraud with the same gusto as more violent crimes.

According to the ‘Fraud: Time to Choose’ report completed by Her Majesty’s Inspectorate of Constabulary and Fire Rescue Service, some police forces were seeking reasons to avoid investigating allegations of fraud with one police force filing 96% of the fraud cases it received as requiring ‘no further action’ from when the claim was made.

64% of police forces that were monitored during the completion of the report were unable to provide basic data relating to the demand presented by fraud. 7 out of 11 forces were unaware if the reports of fraud resulted in any police activity and investigation.

Police forces were also accused of lacking a standardised approach to fraud, even within the same police department. Overall, crucial intelligence products provided by the National Fraud Intelligence Bureau, such as monthly victim lists, were being used ineffectually. One police force only used these vital resources as a measure of victims rather than a way of determining people who may need support.

Whilst the report had some sympathy for understaffed police departments that were left with a skeleton staff to protect the nation, the view that police commissioners do not value fraud as a legitimate threat because these crimes do not “bang, bleed or shout” is being forced to change in the future.

“Following a very busy year for both the fraudsters and law enforcement, it is crucial that businesses and the general public remain on high alert against fraud as uncertain times breeds opportunity. In the current economic environment, disruption, change and uncertainty are all triggers that can lead to an increase in the risk of fraud and businesses should have heightened awareness of their fraud controls.

“The general economic uncertainty will also put pressure on usually law abiding staff to take risks they might not ever have normally taken.

“Consequently, many businesses face an increased ‘threat from within’ coupled with a seemingly exponential rise in external threats.

“Employers need to be more robust with screening for new employees and third parties. Individuals who have inside knowledge of a business will often be the ones to identify the soft spots of a company’s defences for their own advantage.

“Over the last few years we have started to see a rise in the number of super-cases appearing in UK Courts worth substantial amounts of money. These are often run by well organised professional criminal gangs focused on making very large profits. Getting the large, often cross-border and complex frauds to court is both time-consuming and resource intensive. This places much more emphasis on businesses and consumers to protect themselves from a growing number of fraudsters who will take advantage given the opportunity.”

“These figures show that the courts are dealing with an increasing value of frauds afflicting both businesses and individuals, something which is consistent with other data that shows that fraud constitutes a third of all crime in the UK. The significance of the threat to the UK’s prosperity and the impact on victims were acknowledged by the Government in its Economic Crime Plan in July. This wide ranging plan contains a large number of welcome commitments but they will need to be delivered on by the next government if there is to be any discernible impact on the level of fraud in the long term.”