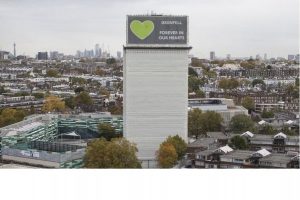 The newly appointed Secretary of State for the newly created Department for Levelling Up, Housing and Communities, Michael Gove, has been tasked with solving the cladding scandal, latest reports suggest.

Prime Minister Boris Johnson has asked Gove, who replaced Robert Jenrick in a cabinet reshuffle on 15 September, to bring the cladding scandal to a halt.

Four years on from the Grenfell Tower tragedy in which 72 people lost their lives, the cladding scandal is far from resolved, as roughly 3 million people are still living in high-rise flats covered in dangerous cladding. Many residents are now facing huge financial pressures in order to replace cladding with safety-approved materials, without which their homes are deemed unsafe, unsellable and worthless.

It is thought that by selecting Gove to head up the government’s “levelling up” programme, Johnson is acknowledging that the previously budgeted £5 billion announced in February this year will not be enough to fix the cladding scandal. Under Jenrick’s scheme, full government funding would only be available to buildings at least 18 metres high, and the budgeted amount would not stretch to the estimated 1.3 million flats still requiring remedial work.

Affected landlords and leaseholders have also reported of serious problems hindering the funding application process. The Waking Watch Relief Fund, which was created to pay for the costs of installing alarm systems in buildings with unsafe cladding, was reported to have around half of the fund left unclaimed earlier this year, with only seven successful applicants qualifying for a share of the £30 million fund, in its second phase.

A government spokesperson commented on Gove’s appointment as Housing Minister:

“He’s got cladding, which desperately needs fixing because it is ruining thousands of people’s lives. Having arguably our best delivery minister in a new, bigger, more muscular department is really significant.”

Current leasehold law states that the only parties liable to pay for replacement cladding are leaseholders that have innocently purchased properties in unsafe residential developments. Although new legislation on building safety was brought in to address the problem, the issue remains unsolved. Building landlords are only required to try to obtain funding that will pay for the works, rather than sue developers or any other parties that may be at fault.

Added to this, many developers responsible for building homes caught up in the scandal have now gone in to administration or closed subsidiary companies that were created to complete specific development projects. Some have argued that by recently increasing the time limit on suing developers for construction of unsafe buildings from 6 to 15 years, the government has offered a route of redress. But the new measures are proving ineffective as more developers take advantage of the legal loophole allowing the closure of these subsidiaries.