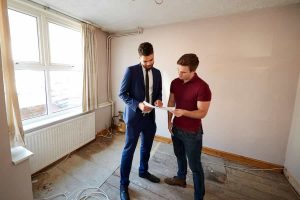 Recent research by estate agency Yopa has revealed that, on average, first time buyers have delayed purchasing by six months and three weeks as a direct result of the pandemic.

Yopa commissioned Censuswide to carry out a survey of 2,000 people planning to buy their first property in the next year, and found that 70% had been furloughed at some point, and 1 in 6 have lost their job as a result of the pandemic. Over half of those surveyed experienced a fall through in a property purchase during the past year. All of these factors have combined to delay the property plans of first time buyers.

“Delays in moving due to the recent situation are obviously going to exist. But the extent of the delay reported by potential first time buyers suggests that there is still pent-up demand waiting for the restrictions to be eased further, for furloughs and job uncertainty to end, and for people to return to full-time work for full-time salaries.”

In fact, Yopa’s survey revealed that 1 in 3 first time buyers are even waiting for the stamp duty holiday to end before they make a move. Evidently, they anticipate a fall in house prices. 22% of respondents said the stamp duty holiday has no bearing at all on their plans. Of course, the holiday doesn’t have much of an impact on them anyway (first time buyers are already exempt on properties up to the value of £300,000).

However, Scott warns against waiting for the holiday to end before purchasing:

“At Yopa we do not expect an immediate national fall in prices once the stamp duty holiday ends. We believe that the lifting of Covid-19 restrictions – combined with people’s reassessed post-pandemic housing needs, the ‘accidental savings’ that many have made over the past year and the desire for a post-pandemic fresh start – will keep house prices high for at least for the rest of this year. There may well be price decreases in some market sectors, such as inner-city flats, but these will be more than outweighed by price rises for property types that are in high demand for the post-pandemic lifestyle.”

Yopa’s research revealed that concerns about the size of deposits, a lack of mortgage products and extra criteria restrictions on available high LTV products still feature as the main obstacles for first time buyers, but all should hopefully become less of an issue as more and more lenders sign up to the Government-backed high-LTV mortgage scheme – 1 in 5 first time buyers already plan on factoring this scheme into their purchasing plans, and 85% of first time buyers plan on using some form of Government initiative to help them onto the property ladder.

Interestingly, only 13% of first time buyers surveyed said that commuter links are now less important than they were before the pandemic. 3 in 4 said outside space and fast broadband were now of optimum importance, but it’s clear that these younger buyers still want convenient access to the office and city centres.

It’s therefore likely that house price growth will continue to be particularly strong in the home counties and suburbs of major cities – areas with larger houses and more open space that are still relatively close to city life and good transport links.

“In general, we expect prices will rise further rather than falling in the second half of this year, after the main stamp duty holiday ends. Those first time buyers who are hoping for prices to fall after the holiday ends are likely to be disappointed, and may end up paying even more.

“80% of the first time buyers Yopa surveyed said that they were priced out of the initial area they were hoping to buy in; alarmingly, even 77% of those with household incomes exceeding £75,000 said the same. If first time buyers are still hoping to get on the property ladder in 2021, they should really be getting their ducks in a row now to avoid being further priced out later in the year.

“It’s a really hot market at the moment, with homes selling so quickly across the country. It’s important that all would-be buyers think about booking an appointment to speak with a mortgage broker early, to ensure they are fully prepared, ready to go and in the best possible position as soon as that property of their dreams comes to the market.”