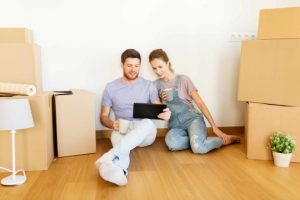 Latest industry figures, from UK Finance, have indicated that 370,000 home owners acquired a mortgage for the first time in 2018.

This figure is the highest number of first-time buyers entering the market since 2006, over a year before the financial crash and 1.9% higher than the figures for 2017.

Whilst figures for first-time buyers indicate that more new buyers are able to enter the market, the mortgage figures suggest that there is less movement in the market compared with historical data. The 367,800 new home mover mortgages were a 1.9% reduction on the year previous, suggesting that more people are remaining in their current homes for longer. The fact that new home owner remortgages increased by 10.8% on 2017’s figures emphasises a desire to improve a current home as opposed to moving.

Richard Pike, Phoebus Software sales and marketing director, said: “There are some positive figures in today’s UK Finance release.  2018 had its highs and lows, but its no surprise that the biggest winners were first-time-buyers.  Help-to-buy has undoubtedly been the catalyst for this increase, and will surely continue to help more first-time-buyers this year.

“With inflation now below the government target and GDP falling there are a few clouds surrounding our economy. If interest rates remain at their current level, and looking at recent form, it is reasonable to predict that equity release will remain strong in 2019 as an alternative to downsizing, but also as a way for the bank of mum and dad to help their offspring onto the property ladder.”

“Demand for new buy to let purchases continues to be dampened by recent tax and regulatory changes. However, the number of buy to let remortgages reached a record high of almost 170,000 last year, suggesting many landlords remain committed to the market.”

John Phillips, operations director at Just Mortgages and Spicerhaart, said: “We have been seeing the same trend for many months now as incentives like Help to Buy and the freeze on stamp duty, plus new mortgages are making it easier for them to make that first move onto the housing ladder.

“We are also seeing remortgaging remains strong as people take advantage of the low rates we are still enjoying, and if they remain low, there is no reason why this won’t continue. I also think we are increasingly seeing people choosing to remortgage to free up cash to do work to their current homes rather than move, either because the stamp duty and other costs make it too expensive, or because they are unwilling to take the risk in an uncertain market.

“I think we will see this trend continue into 2019. Remortgaging, equity release and first-time buyer purchases will remain strong while purchase will remain flat. But post March 29 I think there will be a change in sentiment. No matter what the outcome, uncertainly will be taken out of the equation, and as a result, I think the purchase market will start to pick up. But overall, we will probably not see the effects of that until much later on in the year.”

Do you think this trend will continue following a definitive Brexit decision? What will this mean for the conveyancing sector?