Firm Shut Down On Christmas Eve 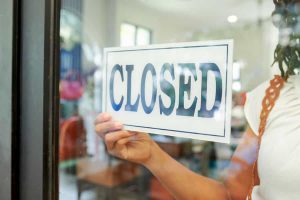 The Solicitors Regulation Authority (SRA) revealed that they had to shut down a Kent based law firm on Christmas Eve.

The regulator’s decision making panel were satisfied that grounds existed to exercise their intervention powers in order to ‘protect the interests of the firm’s clients’.

The order applied to County Solicitors Head Office in Herne Bay as well as branch offices in Broadstairs, Margate and Rainham.

The firm has no facilities to store client files and deeds, and after ceasing trade in March 2019, the directors requested that the SRA intervened in the remainder of the practice. This request went before an adjudication committee on Monday 23rd December with the order being granted.

No client funds were being held by the firm at the time the intervention was made.

The Kent based firm had no connection with similarly named practices in Hertfordshire and Norfolk.

Incorporated in 2016, around the same time as the administration of Foster MacKay (trading as Fosters Law), under the terms of a pre-pack sale, County Solicitors bought its share of the collapsed business for £80,000. The Foster Partnership bought a share of the business for £120,000. This acquisition resulted in creditors losing almost £1m in unpaid debts.

In October 2019, the Council for Licensed Conveyancers (CLC) made The Foster Partnership the subject to intervention, resulting in the closure.

With regards to the intervention, the CLC cited “breaches of its code of conduct and protection of clients’ interests’.