New research has suggested that half of lawyers are under financial pressure and are having to borrow money in order to cover their basic financial needs. With growing cases of solicitors stealing from firms or misappropriating client funds, the findings raise an important question: is financial pressure causing solicitors to become fraudulent?

Conducted by Neyber, the research looked at the financial wellbeing of UK workers and revealed the financial challenges of those within the legal sector, as well as the numerous coping methods being used.

The monthly variation in income is also cited as an issue for those in the legal sector, potentially hindering their ability to appropriately plan on a monthly or even a daily basis. Largely attributed to the growth in zero-hour contracts, Neyber’s report indicates that income fluctuation has impacted over a third of those within the legal sector, with 35% stating that the amount they earn each month could change by more than 10%.

The report also suggests that the lack of income certainty may be having an even more significant impact on some, revealing that 30% of lawyers are experiencing financial stress.

The figures are significant when read in isolation, but they seem to raise more potent questions when observed in light of recent cases.

Unqualified conveyancer, Oonagh Grant was sentenced to five years in prison last month after she defrauded her employers out of £536,250.

Having been convicted twice prior to her eventual arrest, Grant is likely to have been aware of the risks of stealing from subsequent employers. Yet despite the potential for an aggravated punishment, she went on defraud more firms.

Whilst her exact motives are unknown, her behaviour raises questions. Could it have been her sheer neutrality to risk which led her to steal from multiple firms or was she under financial pressure?

This is clearly not a justification for her actions, but it could highlight a potential link between the two, both in this instance and on a wider scale.

Could the financial stress which 30% of lawyers are reportedly under be a reason why they become fraudulent?

Although it may be an underlying factor in some cases, it may be a point of causation for others.

Last year, a solicitor was jailed after stealing £1.16 million from the estates of two deceased clients, costing the profession £1 million in compensation payments.

Linda Box expressed her remorse at the hearing, claiming that she felt a need to provide for her friends and family. As the years had gone on, she stated, her ‘generosity’ meant that her lifestyle has become unsustainable. With a wine collection worth £800,000, the court heard that Box led a ‘lavish lifestyle’, staying at luxury hotels and funding her granddaughter’s private school fees.

She was banned from practising and was sentenced to a seven-year jail term, having admitted to forgery, theft and fraud during her time at law firm Dixon, Coles & Co.

However, the real question is why Box chose to take the risk of misappropriating on such a large scale in the first place. As a former senior partner, she was surely aware of the penalties that could befall her.

Was financial pressure the reason she stole the unprecedented amount or was it simply because she felt she could get away with it? 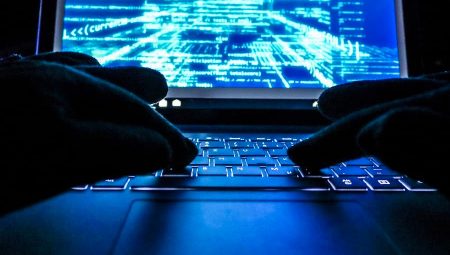