The Final Journey Of The Tenants Fees Bill 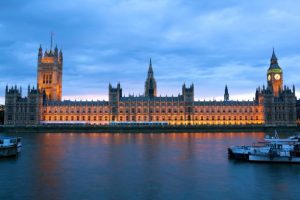 Throughout 2018 the Tenants Fees Bill made its arduous journey through the Parliamentary system in preparation for becoming law in 2019.

In December, just before the Lords broke for the festive period, the Lords officially completed the Report Stage where some interesting amendments were proposed, by the government, to the current Bill.

The government had proposed that the deposit cap should be lowered further from the limit of six weeks to five weeks on properties with an annual rent of less than £50,000 per year.

Over the next two weeks, the Bill will remain in the House of Lords for the third official reading where the amendment will be debated further.

Following this reading and a short stop off in Parliament for the final discussion of amendments, the Tenants Fees Bill will receive Royal Assent and will become official law.

Despite being told that the Bill will become enforceable in 2019, the government have been reluctant to give an official date. Once the third Lords reading is completed and the formalities of Royal Assent are granted, tenants can finally begin to enjoy the increased protections they are desperate for.

A statement from the Ministry of Housing, Communities and Local Government, stated: “We believe these amendments strike a fair balance between improving affordability for tenants whilst ensuring that landlords and agents have the financial security they need.

“An implementation date will be confirmed after the Bill receives Royal Assent.”

As the journey for the Tenants Fees Bill reaches its final destination, the letting sector is readying itself for the huge changes that the Bill will create.

Do you think that the Tenants Fees Bill offers adequate protection to tenants? Is there enough protection for Landlords under the new Bill?