Fewer over 55’s plan to downsize 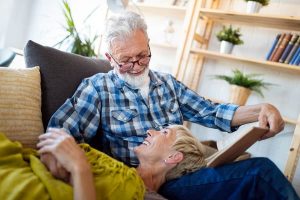 More over-55s are hanging on to their homes removing millions of homes from potential circulation and adding to the current housing shortage according to a report released by Legal and General.

Legal & General estimates that about three-quarters of over-55s own their own homes, which are often larger-than-average properties, with the decision to stay put impacting the “second stepper” and aspirational home moving markets.

The most common reason given by those who decided to stay in their existing properties was that they wanted to remain attached to their communities, with outdoor space also a priority.

Figures released by NAEA Propertymark and Zoopla both show the continued shortage of stock availability. The number of properties per branch continues to run at record low levels, and the average number of house hunters registered per estate agent branch stood is 428 in July meaning there are an average of 15 buyers for every available property on the market.

Property portal Zoopla estimates that the stock of homes currently for sale is 26 per cent down on the average level. The shortage of stock may be set to continue according to Gráinne Gilmore, head of research at Zoopla “as buyers hold on for more stock to become available before making a move.”

Zoopla’s own figures show that larger family homes have been in particular demand over the past 12 months, and the average price of a house in the UK has increased by 7.6 per cent in that time compared to an average increase in flat values of 1.2 per cent.

“Covid-19 has clearly changed the mindset of many older homeowners, and we can see there has been an uplift in those who want to keep hold of their homes,”

“Over time, priorities can change, and it is only natural that over the course of the [past] 16 months people have grown closer to their local community, valued having family nearby and enjoyed having the space to relax while in lockdown,”