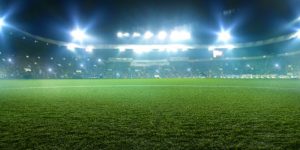 The housing market has struggled in recent months, slowing to its lowest rate of annual growth since 2012. However, some areas have enjoyed more growth than others. It was revealed last month that predominantly ‘pro-Brexit’ areas enjoyed a higher rate of growth than ‘remain’ locations. Now, a recent report, by Cardiff-based commercial finance brokers Pure Commercial Finance, has found that property in the immediate vicinity of football stadiums are enjoying huge rates of property increases, significantly above the national average.

The report combines Land Registry data and previous reports by mortgage lenders to look at how property prices have changed around new English football stadiums.

Clubs that are planning future developments could be key for future property developers looking for upcoming hotspots. Following the growth that has been seen from 1997 to 2017 where properties found average increases of 450%, it is predicted that new developments by premier league clubs could also spark similar price increases.

Research started by looking at the Olympic development made for the 2012 games. Halifax reported that property postcodes directly surrounding the new West Ham FC stadium in Stratford increased by £4,279 per month in the time passing between the 2012 Olympic Games and the conclusion of the Paralympic Games in April 2017. This is an overall increase of 64% in property prices from £286,683 to £470,487.

However, it is the recent White Hart Lane development for Tottenham Hotspur that has ensured they remain top of the price increase league this Christmas. Since the 1997 average property price of £59,638, prices have increased by a massive 655% and now sit at £450,104. Whilst many properties in central London are devaluing, this development could see the prices for property around the stadium escalate further.

Ben Lloyd, Managing Director and Co-Founder of Pure Commercial Finance, said: “The statistics are compelling, it’s great to see that as a result of the development of new football grounds its proven to not only stimulate local infrastructure investment, regenerate tired or unused areas of the cities but to create an unprecedented rise in house prices in the immediate area of redevelopment.”

Whilst the country is set to languish in post-Brexit apocalypse, the savvy investor could look at the older stadiums as potential investment locations for the future.

Do you think similar increases will take place over the next two decades?