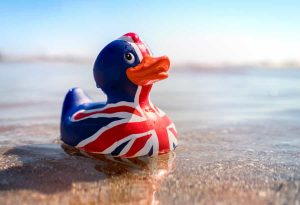 The election is over, stage one of ‘get Brexit done’ is in sight as Boris Johnson attempts to pass the Withdrawal Agreement through Parliament before Christmas and experts feel a lot more optimistic about the housing market in 2020.

Rightmove has predicted that house prices will increase by an average of 2% next year as the market and consumer confidence increases.

This will be welcome relief to the sector given the static house price inflation of just 0.8% in 2019.

However, housing stock has been at a two–year low figure in 2019 and will take time to renter the pipeline. In the interim, sellers will reap the benefits of selling in a market with reduced options.

According to a recent RICS survey, housing stock entering the market remains at near record lows and continued to fall again in November.

On average, only 41 properties are on each estate agency book per branch.

The findings correlate with the annual NAEA Propertymark data recently released which suggests current housing stock is at a decade low.

Demand from home buyers had increased slightly in 2019, from an average of 318 per branch in 2018 to 320 in 2019, with an increase of 16 per cent over the last ten years. However, this is leading to increased competition for the limited housing available.

Righmove anticipate available housing stock to remain subdued throughout 2020, until Brexit is fully concluded. With a year of trade negotiations ahead, sellers may be reluctant to enter the market. Whilst buyers remain active, it will remain a sellers’ market.

“The greater certainty afforded by a majority government gives an opportunity for a more active spring moving season, with some release of several years of pent-up demand. Given the Brexit track record to date, further political twists and turns should not be ruled out, though with a large majority there is a higher possibility of an end to the series of Brexit deadlines, and the prospect of an orderly resolution.

“Rightmove measures the prices of 95% of property coming to market, and we predict that buyers and sellers will on average see a 2% rise in those prices by the end of 2020. While this is over twice the current annual rate of 0.8%, it’s still a relatively marginal increase as it’s a price-sensitive market.

“There will be regional variations. London is finally showing tentative signs of bottoming out, and we expect a more modest price rise of +1% in all of the southern regions where buyer affordability remains most stretched. In contrast, the largest increases will be in the more northerly regions, repeating the pattern of 2019 with increases in the range of 2% to 4%.

“With much of the political uncertainty removed, we expect that the number of properties for sale will recover as more new sellers come to market, making up some of this year’s lost ground. However, property supply is still limited, with estate agents having the lowest proportion of properties available for sale in two years, and this will fuel modest gains in the national average asking price of property coming to market.

“The fundamentals remain sound with low interest rates, lenders competing to lend, high employment, and average wage growth outstripping house price growth and helping buyer affordability. The statistics for 2019 encouragingly show that the ‘have-to’ and ‘life-stage’ markets have been carrying on, and we hope that the more certain outlook would encourage many would-be discretionary movers to finally get off the fence.

“First-time buyers are the drivers of the market. Too many are struggling to save the necessary deposits, and not all of them want to buy a new-build home through Help to Buy. More ways of getting more people onto the ladder would help to limit rising rents, increase liquidity and transaction numbers in the housing market, and make the dreams of their own roofs above their heads a reality for many more of the younger generation.”

What are your predictions for the property market in 2020?