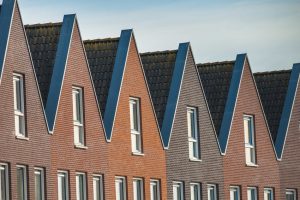 The Law Commission believes that there is scope for current leasehold properties to convert into Commonhold and may become the viable solution to help resolve the leasehold crisis that is developing in the UK.

At the end of last year, the Law Commission released its perspective on alternatives to leasehold ownership. The Consultation Paper on Commonhold reform ‘Reinvigorating Commonhold: the alternative to leasehold membership’ hoped it could spark new demand for a scheme that struggled when it was first introduced in 2002 and came into force in 2004.

Recently, the Government has made a public declaration that it would be legally possible to introduce legislation to remove onerous and unfair ground rents in existing leases. The Housing, Communities and Local Government Committee’s (HCLGC) ‘Leasehold Report’ indicates that the legislation could be compliant with human rights law and although it would be difficult to adapt current leaseholds that are already legally binding, it would not be impossible.

We asked property professionals whether they thought the introduction of ‘commonhold’ would improve the property system in England & Wales.

“With the leasehold system increasingly seen as unnecessary and archaic, commonhold is the obvious candidate to replace it. While leasehold reform will help some homeowners who are stuck with toxic leases, it is ultimately putting ‘lipstick on a pig’ and does nothing to address the fundamental unfairness of the system. New ideas and a fresh approach are needed.

“Adopting commonhold as the standard model would discourage exploitation and create a system of true property ownership. There will be difficulties in implementing this, not least the reluctance of mortgage lenders to lend on commonhold properties, but these can and should be overcome. If the Government gets behind it and there is consumer demand (there is currently very low awareness of commonhold) it could transform the existing property system.”

“No.  Sorry but no, Commonhold is not the answer.  As it stands it is unwieldly, cumbersome and not fit for any purpose unless someone wishes to live in a 1960’s style hippy commune.

“When Commonhold was first derived back in the 1990’s people thought Tamagotchi’s, the Spice girls and buying copious amounts of CD’s were a good idea. We have all moved on from them (ok I will be honest perhaps I still have a fondness for the Spice Girls), but I think the whole idea of Commonhold then has also moved on.

“One of the major attractions in trying to implement Commonhold was the fact that it would be a good way of ensuring that positive covenants “ran with the land”. This had been an ongoing issue for years and Commonhold would have resolved it.  However, as anyone who has dealt with any sort of home constructed in the past 20 years, a management company is normally in place for the Estate with an annual rent charge to negate this issue.

“As it stands it simply won’t work. Lenders will not lend on it so until that happens it kills it stone dead. The fact that more books exist about Commonhold than actual Commonhold units says it all.  There is a large vocal minority who claim repeatedly that leasehold is unfair.  I agree that some parties involved with leasehold properties act in an unfair way and employ ethically dubious practices. Also, some lease terms, rapidly escalating ground rents being the prime example, are clearly questionable. However, to demonise leasehold as a whole is far worse. The fact that Barclays has recently updated their instructions to conveyancers in relation to leasehold issues which are far more accommodating to higher ground rents is perhaps indicative of a more sensible commercial approach to matters.

“Personally, I think having a more regulated framework in place for those who collect ground rents and service charge should be the priority rather than trying to transform a system of tenure that no one really wanted when it was incepted. I for one is not keen to see it implemented now and I am not sure, even with the clear modifications needed, that it can ever work fully in practice.”

There are obviously conflicting views over whether ‘Commonhold’ is the answer to the leasehold predicament in the UK. Some industry experts welcome the declaration made by the Government and the recommendations from HCLGC to crackdown on unfair leasehold practices. However, the new industry pledge to stop leaseholders from being exploited by onerous ground rents has been lambasted by enfranchisement experts recently.