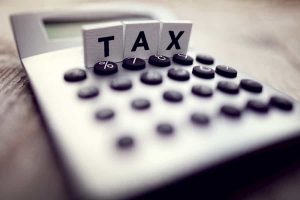 The Chancellor’s Spring Budget announced an additional 2 per cent surcharge on stamp duty land tax (SDLT) for foreign investors from 2021.

However, many are claiming the 5 per cent SDLT surcharge will have a negative impact on the property sector by deterring foreign investment at a time when the economy may be bouncing back from a decline caused by COVID-19.

Given the looming 2021 timeline to complete a transaction before the surcharge is enforced, a flurry of activity of foreign investors looking to take advantage of the tax breaks whilst they still exist could ensue.

However, when foreign investors currently make up 11 per cent of the buy-to-let market, increased tax barriers could result in fewer buyers in the future.

“Any overseas buyer will almost certainly already be paying the extra 3% SDLT that the purchase of any second home attracts, so the additional 2% as an overseas buyer will be a further disincentive to invest here. After a short-term flurry of activity before April 2021, the 2% overseas buyer surcharge will have a detrimental effect on the London property market in particular with the knock-on effect of deterring overseas interest in the UK at a time when the UK needs to be seen as very much open to the world for investment and trade.”

“The supply of new housing is currently at a 30-year high, according to the latest data from MHCLG[1] but a shortage of homes at the right price remains the biggest issue facing First Time Buyers.

“A 2% stamp duty surcharge for non-UK residents, coming on top of the existing 3% surcharge for second home owners, will reduce the numbers of overseas investors competing against First Time Buyers for limited stock. This demand has undoubtedly contributed to UK house price inflation in recent years, particularly in our cities, pushing home ownership for young people further out of reach.”

“Given that some commentators were anticipating an immediate 3-5% NRSDT surcharge, today’s confirmation of a 2% surcharge (delayed to April 2021) could be seen as somewhat of a fillip to the UK property market.

“Foreign investors remain a crucial part of the UK property market and at a time when Britain needs to encourage inward investment that is particularly true, hence why this is such an important issue. The anticipated rush to exchange contracts before midnight tonight will now not take place and we will probably see a boost in transaction numbers over the coming months as the industry undoubtedly highlights to non-residents the tax savings to be made prior to April next year. As an industry, most stakeholders will see the NRSDLT surcharge as a blight on the green shoots which have been appearing in recent months but at least the rates are lower than expected and the delayed introduction allows those shoots to hopefully turn into something more fruitful.”

“The heavily trailed additional SDLT surcharge for non-resident buyers of UK residential property is no surprise. However, an effective top rate of 17% might stifle any remnants of January’s Boris Bounce particularly with the market contending with coronavirus and Brexit uncertainty.”

“It is no surprise that the Chancellor has confirmed an SDLT surcharge for corporate and individual non-resident purchasers of UK residential property to help tackle rough sleeping. However, the reduction in the proposed rate from 3% to 2% will be welcome, as will the delay on the introduction of this measure until April 2021. Had the Government introduced this before the end of the transitional period, it might have been challenged under EU law that it was discriminating against non-residents (EU or non-EU).”

“As expected the Government has announced that there will be an additional 2% SDLT rate on purchases of residential property in England and Northern Ireland by individuals who are ‘non-resident’. While we understand the rationale for this, which is intended to help ease the housing crisis, we do have some concerns about the manner and timing of it. The definition of ‘non-resident’ used (in the prior consultation on the subject) was much wider than the usual statutory definition of this term, and many people who are currently taxed as UK residents will be subject to the ‘non-resident’ rate of SDLT. This is likely to cause confusion, and add complexity to a tax system which is already extremely complicated. It also goes against the fiscal grain of having similar policies for residents and non-residents alike.”