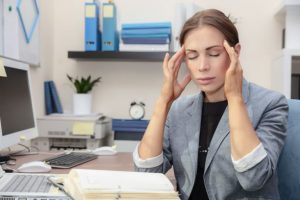 Almost half of British businesses believe that the widening housing crisis is having a profound and negative impact on business productivity.

According to research carried out by thinktank, The Centre for Social Justice, 43% of British companies with more than 1,000 employees believe the housing crisis is adversely effecting their business.

In particular, as privately rented accommodation falls and residential property stock decreases, additional pressure is placed on finding somewhere to live, let alone finding the right property in the perfect location. This pressure is forcing employees to leave their jobs and search for work at a closer proximity to their home. Those remaining in their current employment are feeling stressed, which is having an impact on their work rate.

48% have claimed that this extra housing pressure is having a damaging effect on their employees’ mental health.

It would seem as though this issue of displacement and forced migrations may linger longer than the economy would want. The Government has been accused of severe failures which will prevent the UK from hitting their new housing targets in both 2020 and 2025.

However, MPs involved with the recently published Public Accounts Committee report into the sale of public land bombarded current Government departments with a scathing attack into current policy and approaches.

Disappointingly, the report exposed the Ministry of Housing Communities and Local Government’s (MHCLG) incompetence by suggesting it will miss out on its target to release land for 160,000 new homes by a ‘wide margin’.

“Businesses are feeling the pressure of the housing crisis too, both in terms of the hit to productivity and when recruiting staff. But some are leading the way in ensuring that those most in need of the benefits of a job are housed appropriately.

“The barriers to accessing permanent accommodation can be particularly damaging to those already struggling to maintain employment while living in temporary accommodation.”

Have conveyancers found that more buyers are being forced to leave their ideal location because of a lack of housing stock?