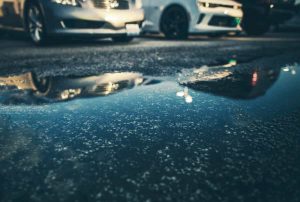 The Environment Agency Chief Executive has urged the government to only approve developments on high-risk flood plains when there is ‘no real alternative’.

In a speech at the World Water-Tech Innovation Summit, the Environment Agency claimed it was unrealistic to impose a total ban on all developments in high-risk flood plains but believed developers and the government should be more proactive in the types of properties being built in these areas.

Properties built on flood plains should be ‘flood resilient’ with living areas placed above ground level and developments only approved if they do not increase the risk to other properties.

In the opening two months alone storms Ciara and Dennis have flooded over 2,740 properties with additional warnings still in place.

Despite the recent weather and warnings about high-risk developments, The Guardian and Greenpeace have revealed that 11,410 new homes have been approved on high-risk land with 1,479 approved on land most affected by Ciara and Dennis.

All of the developments have been approved to be built on land the government consider to be at 1% or greater risk of flooding each year.

This also follows the news that one in 10 new homes (84,000) built in the past decade reside in high-risk areas of flooding.

The Environment Secretary, George Eustice, has also released a statement commending the emergency services and flood defence teams in place.

The statement claimed that flood defence schemes have protected 90,000 homes and resulted in significantly fewer flooded properties when compared with the 50,000 homes damaged in the floods of 2007.

Both reports highlighted the fact that £2.6 billion has already been pledged to defend areas prone to flooding with 1,000 flood defences currently in place of planned to be implemented by 2021 to further protect 300,000 homes.

However, as the UK’s need to build more homes intensifies, the demand for land will result in more developments being approved in high-risk areas and the challenge to prevent future flooding catastrophes is set to increase.

“We cannot realistically ban all development in the flood plain: it is where most of our towns and cities are, and because our country has so many rivers much of England is a flood plain. So as the population grows, we are likely to see the number of properties in the flood plain almost double over the next 50 years.

“But the clue is in the name: flood plain. So we can and should insist that development only happens there if there is no real alternative, that any such development doesn’t increase other people’s flood risk….and that properties built on the flood plain are flood resilient, for example with the garages on the ground floor and the people higher up.

“Greater resilience also means designing new places, buildings and infrastructure so that they are built to cope with flooding. It means building back better after a flood, not simply replacing what we had before, so that homes, businesses and infrastructure are more resilient to future events.

“And it means accepting the hard truth that in a few places, the scale of coastal erosion and the risk of flooding from rivers or the sea will become so big that it may be better for communities to choose to relocate out of harm’s way. So not only do we need to build back better, sometimes we will need to build back in better places.”

What policies should be put in place to protect current and future new build developments from adverse weather?