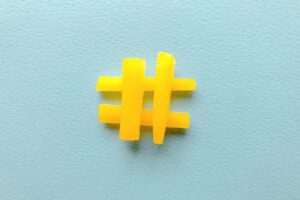 Members of the conveyancing community have taken to LinkedIn to express dismay at a recent article published in Property Industry Eye.

Following a recent opinion piece in which Russell Quirk, co-founder of property PR specialist ProperPR, lambasted the conveyancing community by likening the communication approach of the entire sector to that of the recently troubled Simplify Group, commenting that conveyancing is a “broken, tired, lazy and uninventive industry that is in more need of a booster than any of us”, Rob Hailstone, founder of Bold Legal Group took to LinkedIn to express anger and frustration at the former estate agent’s remarks.

“This article has made my blood boil!!” said Hailstone, “this year conveyancers have apparently: ‘shuffled the necessary paperwork around a desk’, ‘scrawled their quills in anger’, ‘maintained the Dickensian status quo’”, he added, quoting sections of Quirk’s article.

Further comments from the conveyancing community have since ensued, showing disdain for Quirk’s remarks and echoing Hailstone’s thoughts.

“As usual, another non-conveyancer blaming solicitors for all of the issues in the conveyancing process”, said one contributor. Another called Quirk’s article “rubbish” and continued, “I don’t let it get to me personally as I know, as do lots of you, as an individual, and as a firm, we couldn’t have given any more to our clients”.

Focusing on Quirk’s lack of empathy for the conveyancing sector, particularly in view of recent challenges, one commenter stated, “you [Quirk] have shown yourself in a very bad light”.

“You do not mention the large numbers of conveyancers who have worked flat out in 2021, often working 12 to 14 hour days, frequently in lockdown, especially during the stamp duty holiday. You also say nothing of the pressures involved in the conveyancing process, or the abuse that conveyancers face on a daily basis from many in your former estate agency industry. You are silent about the mental exhaustion that the vast majority of conveyancers are currently feeling after what has been a most bruising year for them”, they added.

Others re-iterated that general negative perceptions of the conveyancing industry are problematic and can also come from the client side.

Although some commenters did see Quirk’s points around the Simplify IT disaster, others thought the article was merely, “inflammatory … to sell advertising”.

Either way it would appear that Quirk is now rather unpopular amongst conveyancers: “with the views you have just expressed, I can’t see any property lawyers who would want to add you to their Christmas card lists”, said one contributor.

The LinkedIn discussion may be viewed here.