Estate Agents Amongst First Wave Of Businesses To Reopen 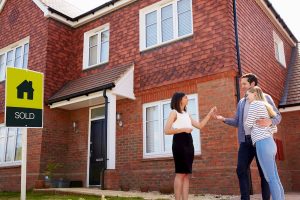 The Sun newspaper and Daily Star have claimed that estate agents could be amongst the first wave of high street businesses permitted to reopen as the government look at a workable exit strategy for the UK economy.

The report written for government by Conservative peer Lord Gadhia and Sir Jonathan Symonds, GlaxoSmithKline’s chairperson, identified a number of businesses which have the greatest benefit to the wider economy whilst offering minimum risks of further spreading Covid-19.

Coffee shops and restaurants supporting agriculture were seen as vital in unblocking myriad opportunities for connected industries whilst estate agents are viewed as a key stakeholder in the property market who could unblock business pipelines and get the market moving again.

Little information was offered on other stakeholders such as surveyors and removers, who, if left on lockdown, could present moving difficulties and delays to the process. Similarly, it is uncertain what restrictions estate agents will face once they are permitted to reopen with viewings unlikely until social distancing measures are relaxed further.

Whilst it is likely that the government will follow Northern Ireland in declaring a further three weeks of social distancing and lockdown measures, there has been much speculation that estate agents will be able to open up their physical premises from the start of May.

The Sun quoted the government report as saying:

“The initial focus for reopening the economy should be on sectors that have the greatest multiplier effects with minimum risks – such as coffee shops and restaurants which support agriculture.

“The property market is another that has wide multiplier effects. We need to avoid a stop-start economy which would sap public morale and damage business confidence yet further.”