“Estate agent told my clients I was dead!” 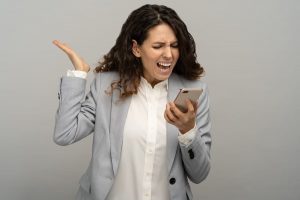 I recently read an article in an online legal magazine, under the heading; ‘200 emails a day’: conveyancers reveal ‘relentless’ deadline pressure.

Kate Atkinson, Director and Head of Legal Practice at The Partnership said:

“I was working from home for most of the time, which meant an early start of typically 7.15 am to get started before the phone started ringing at 9.00 am, which would continue throughout the day. I would normally not finish before 9.00 pm and, even then, I still had a lot of tasks to complete for my clients which made it very difficult to leave my desk.”

Pretty much as expected considering the number of transactions that have completed in the last 6 months or so. However, I went on to read a few posts in the comments section of the magazine (all posted anonymously of course!):

“I was a high street solicitor and my conveyancing practice declined over the years because I did not answer estate agents chase/progress calls neither did I pay referral fees. I heard that one agent was telling my clients that I had died so the clients went to the agent’s pet solicitor and got whatever service was offered.”

“Just completely ignore Estate Agents like I do and that will cut down unnecessary phone calls and emails by at least 50% straight off the bat.”

“Get rid of referral fees – these are the cancer which is producing the current state of affairs. With referral fees gone the bucket shop conveyancers doing this will be gone as well. Several very naff estate agents and introducer firms would also go to the wall.”

“Each month you can set your watch to some Estate Agents as to when they will start sticking their oar in and generally being a complete nuisance. More harm than good.”

Quite frankly, I find comments like these disturbing. Of course, the same can be said about some of the comments posted by agents about conveyancers.

The crux of this issue is that I don’t see how such mutual animosity can help the home buying and selling public who probably assume that agents and conveyancers pull together in order to help them progress their transactions.

Part of the problem is that there are many things that irk both parties, for example:

Conveyancers might argue over whether or not a certain document is needed or not, or one might be prepared to accept an indemnity policy and another won’t. Some will feel they have to report certain things to a lender and others will feel they don’t need to.

Agents, might suggest unrealistic timescales to the seller, or make repeated chasing phone calls, or make it blatantly clear that they have no idea how the legal side of the home buying and selling process works.

Inconsistencies and interruptions like these cause frustration and more often than not, benefit no one.

The other elephant in the room (it looks like there is a herd in there) is of course, fees. Many conveyancers believe that the estate agents’ job is money for old rope. Whilst many conveyancers (until perhaps recently) were, relatively speaking, poorly rewarded for the experience needed and risk taken by them.

Is it beyond the wit of man (or woman) to perhaps come up with a document outlining the Principles of Working Together? Surely, we owe that to the home buying and selling public?