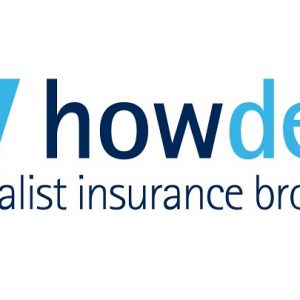 If Carlsberg made insurance brokers

I started my career in 1981 when I joined the household insurance department of a large broker. One of my more interesting responsibilities was managing the insurance for the many personal assets of a famous brewing family.  It was always something of a challenge trying to establish exactly what they actually owned.

In 1985 I started to specialise in professional indemnity insurance (PII). In the intervening 30 plus years, I have placed insurance and managed claims for most professions, from solicitors and conveyancers through to accountants.

In 2010 I was part of the team that established the PII team at RKHarrison, who subsequently merged with Hyperion – Howden’s parent company – in 2015.

Shortly before the merger, we partnered with the Society of Licensed Conveyancers to establish a PII scheme for Licensed Conveyancers – an alternative offering to the then Master Policy.  We launched the product because we did not feel the profession was best served by only having one option for their PI arrangements.

Since launching the scheme we’ve tried to spend as much time as possible with members of the conveyancing community.  The industry understanding that it provides us with is critical to helping us develop a really good PI product. We are proud of our partnership with both the SLC and the Conveyancing Association, and we’ve delivered some significant premium and insurance rate reductions for conveyancers.

Beware of the risks

The largest problem in terms of insurer’s financial losses over the past few years has been “identity theft property fraud.”

‘Friday fraud’ also continues to cause concern, although there is clear evidence that many firms are getting better at managing this risk and that consumers are more aware of the dangers, largely thanks to extensive media coverage.  It’s important to note that contrary to popular belief, this type of loss would currently be covered by a PII policy, although a cyber liability policy may provide some assistance with mitigating the situation and preventing re-occurrence.

The potential risks associated with IT and data breaches have received plenty of media attention, largely due to the forthcoming introduction of the General Data Protection Regulation (GDPR) as well as some well-publicised breaches within big businesses, such as Yahoo.

The key priority for many smaller firms should be to better understand and manage the risk. This is particularly important given the introduction under GDPR of larger fines for mismanagement.  Cyber liability insurance definitely has a role to play, particularly in terms of mitigating the loss, but it should only make up one part of the defence strategy.

Looking to the future, losses relating to cyber fraud may well overtake, in terms of financial impact, the more conventional conveyancing related claims.  How long PI insurers are prepared to bear these losses for, rather than cyber liability insurers, remains to be seen.

At this stage, we believe it is more likely that the losses will be covered by an increase in PI premium rather than restricting policy coverage.  We would also expect PI insurers to be more welcoming to firms that buy a standalone cyber liability policy, as this will provide comfort that any cyber-related matters arising will be managed by a properly qualified incident response team, thereby mitigating the impact of the loss.

No business, no matter how strong their risk management, is immune to the consequences of basic human error. Insurers are aware of that and whilst a loss is never welcome, they understand that claims related to issues such as failing to remove a charge or erroneously stating that Planning Permission is in place are unlikely to disappear. These matters occur on a fairly consistent basis and can, therefore, be accommodated in underwriting models.

Of more concern are losses related to property fraud – which often involve significant sums of money – as well as those situations that lead to an unforeseeable and largely uncontrollable spike in claims. For example, this could be an economic downturn or a systemic issue that impacts the entire industry.

The Robots are coming

Technology has already contributed to the loss of an estimated 31,000 legal sector jobs, with a 2016 Deloitte study predicting that a further 114,000 legal jobs are likely to be automated by 2036.

Job losses are never welcome, but if used appropriately, technology has the potential to bring enormous benefit both in terms of improving efficiency and in better managing risk. The use of Iris Recognition in the fight against fraud is a good example of this.

However, the threat of redundancies typically leads to a demotivated workforce and an unpleasant working environment, with individuals increasingly operating in silos in an attempt to protect their position.  Neither has a positive impact on the management of risk, particularly when combined with continued pressure on fees and speed of turn-around.

The insurance market is currently very competitive, and this is having a positive impact on professional indemnity insurance rates (the percentage of turnover that you pay for PI insurance) for all professions. However, PI cover continues to represent a significant spend for most businesses deemed to be higher risk (valuers and conveyancers). To manage that spend you should:

The value in specialising

PI insurers will typically favour a firm that can provide clear evidence that they specialise in the work they do, rather than dabbling in different practice areas as and when the timing suits.  Those firms that attempt to cover multiple disciplines without the necessary expertise to do so are generally the first to suffer a loss, and this is unsurprisingly reflected in underwriter’s attitudes and in premiums paid.

Would I be a Conveyancer?

I have found conveyancers to be measured in their actions, calm during the emotional rollercoaster of a property purchase and fundamentally a very decent group of people.  I would be proud to join their ranks, but am unsure as to how good I would be at staying calm! 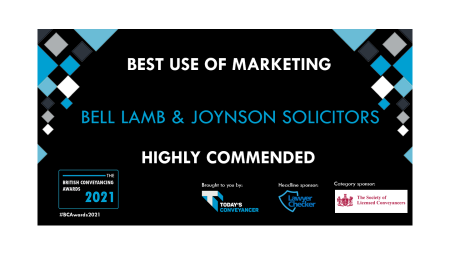 Highly Commended: Best Use of Marketing 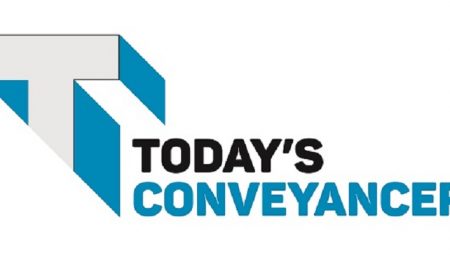