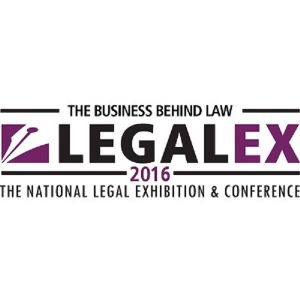 Making the legal industry better centred around service for clients through improved technology, as well as safeguarding your firm against fraud, were two of the main topics of discussion at Legalex.

With dozens of technology firms exhibiting and hosting talks about using their products to improve your offering, enhance your customer due diligence and potentially make a little more money, it’s apparent there is a lack of willingness to change within the legal industry. Yet despite these signs of impending doom it continues to float on regardless.

Of course, it’s not always wise to ignore those blinking lights on the dashboard, even if they’ve been flashing for some time. Jon Whittle of LexisNexis spoke about his recent Bellweather report on the challenges facing the industry surrounding improving technology, fixed fees and increasing expectation, stating that conveyancing is at, as he puts it, the sharp end of all these changes.

Ben Harris from tmgroup also spoke about a report his company recently published focussing squarely on the conveyancing industry, stating that whilst legal professionals see price as one of the easiest ways of comparing themselves against their peers, only 23% of consumers consider it the most important thing when choosing a firm to provide conveyancing services through a house move.

Lastly, with fraud cases continually making headlines both on Today’s Conveyancer and in the mainstream press, several exhibitors and speakers spoke at length about how to protect your business and clients.

According to Paul Tucker at Lawyer Checker, over 80% of firms believe they are too small to be at risk. However according to the Law Society there are two fraudulent transactions a week averaging £125,000 each in conveyancing alone, and other forms of IT based crime like CEO fraud and so-called ransomware also on the rise, all of which conveyancers at every level are vulnerable to.

On the other hand, whilst the problem of cybercrime and the implementation of technology and procedures could well be expensive, according to several speakers, the solutions are relatively cheap. Both Graham Murphy from the Law Society and Peter Rodd from Boys & Maughan believe the simplest way to protect is to educate your staff and yourselves on what the threats are and how to deal with them. Preventative measures are easier to establish than dealing with the aftermath of a breach.