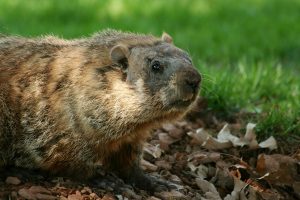 And another Groundhog day…

Time is running out for those who want to move.  As the lenders stated that we had to have submitted our Certificates of Title by the 21st or 22nd, it does give some reprieve for those who needed mortgage funds. If you did not have a mortgage offer in place by the start of this week,  then you would not be able to move in June.

So, why oh why, do the lenders think it is a good idea to tell the public otherwise?  Yes, if you get an offer on Thursday, you can still move next week. We have been managing client expectations – everyone else needs to do the same.

So what horrors have there been?

For weeks, I have been saying to anyone who will listen that the issue coming into the last weeks of June will not be the conveyancers but something very different, and when I started to mention it, many were astounded as clearly they had not even considered it.

Removal companies were getting booked up way in advance. Companies were asking for payment of not only the deposit but the full  booking fee to secure removals and the difficulty is that if someone is in a chain, then they are dependent on all others in the chain getting removals for that same day.  And as spaces were so limited, many firms would not book the move unless contracts had been exchanged and there are still those firms who would not exchange unless they had received confirmation that the mortgage funds were to be released.

There are some lenders who will fax to confirm mortgage monies will be sent on the day requested (Santander, Coventry, Virgin Money to name a few) but there are others where we just have to pray that they have received the Certificate of Title and that the funds will arrive as requested.  So, you have different lenders lending money to a chain, different firms with different requirements as to confirmation of funding, and all the time, there are the poor people who want to book their removals as they have to move in June to save money.

So there were many chains where a date had been agreed and then someone in that chain lost their removal slot meaning new dates had to be agreed. All incredibly stressful.

But then on Friday, something happened which I had only ever heard about and never experienced in all my years.

A client selling a property and buying a new build – all solicitors very organised, monies transferred by 11:00am – and I’d assumed that everything was going well until I had a call from my client at 5:00pm asking me what she should do as her removal company had not turned up!

It transpired that the company were booked but had also booked in a job before my clients’ move, and there was a delay in key release on that move. They could not get to my client! I spoke to the client again at about 7:00pm to make a contingency plan for the weekend. And then at 8:00pm she sent me a message to say that the company had turned up and they were now able to move.

I thought that was a one off  – but it happened again today!  I rang a client at 11:00am to tell her that the monies had arrived and she could tell her removal men to start on their way and she told me that they were not turning up until 4:00pm as they had a job before her.  Fortunately, her buyer was not moving into the house until the end of the week, but can you imagine what would have happened had both of the buyers needed to move in ….. the stress, the anxiety, the worry.

So, I think that we need to remember that clients have been stressed for the last few months, needing to get moved by the end of June in order to save money, but now we do need to make sure that they know the latest time for completion. Coming into next week, such situations could have dire consequences; forget about the banks not being able to cope with the volume  – we need to make sure that clients know what happens if completion is delayed through no fault of their own, and how they could inadvertently end up paying stamp duty or being responsible for someone else’s stamp duty if there is late completion…

Remind me why I do this job… remind me what I learnt at Law College about land law… the past few weeks have been about managing the stresses of the clients, and our own anxieties, while having one hand tied behind our backs and hurtling towards a cliff edge with  a tumultuous sea beneath us…