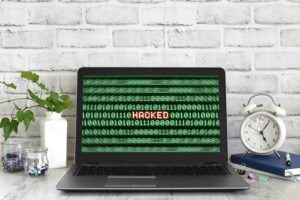 I was all set to write about additional enquiries but for the second week running, I have been diverted by other news in the conveyancing world.

But all conveyancers know that this sums up what our daily lives are like – we go into the office thinking that we will do A, B and C, because D is not urgent and E can wait for a few days, only to find that E becomes the urgent thing.

A is a sale that does not proceed and D actually then becomes as urgent as E. It is about juggling and making sure that everything is dealt with but maybe not in the order we had expected.

So this week, I will not be writing about additional enquiries as the curveball thrown at me was to do with the firms encompassed within the Simplify group. The firm in that group that I deal most regularly with is Premier Property Lawyers. I really do not want to be controversial as the people I deal with in the firm are all pleasant but as an organisation, I find it very frustrating to deal with them and I am sorry to say that my heart sinks if I see that they are on the other side of a transaction.

There will be delays and requests for information that is not really needed but I believe (and I may be wrong) that this is because the queries are computer generated and the fee earner or case handler cannot go onto the next page until the answer satisfies the system.

I had one chain due to move this week on Thursday. Mortgage money ordered, final searches done, clients packed and ready with their removal company due to turn up at eight o’clock on Thursday morning. We were due to exchange on Wednesday. On Wednesday morning, my client called to ask me if I had heard about the firm representing the first time buyer in her chain. At the same time, I had an email from the buyers’ solicitor to tell me that the first time buyer was represented by Premier Property Lawyers (PPL) and that their systems were down and because we had not yet exchanged contracts, it was likely that we would not be able to complete on Thursday as anticipated.

This was the first I had heard about PPL and just assumed that it was the situation where the phone lines had gone down, internet systems were down but it would be up and running in a few hours. Most of us have dealt with situations like that, and know that it can be resolved within the space of a few hours.

But I then learnt that the systems had been down for some time and it was not known when they would be up and running again, and for a firm which is completely paperless and works on the basis that everything is scanned and then destroyed, it had the markings of a disaster. Statements were made to say that the position was being resolved and those that had exchanged would be able to move, but what about those who had meant to complete earlier in the week?

We can only guess about the stresses throughout the chains where exchange had taken place and completion was the final hurdle for the clients. A look at Trust pilot showed what the public were experiencing and some of the stories were horrendous – people who had moved out of their houses to allow completion to take place but could see that their mortgages had not been repaid and had not received their net sale proceeds; people who had paid their deposits and did not know if their funds were safe, and so on…

It is not known to us what has happened, although there has been reports that it was a cyber attack. Commentators on social media have hypothesised as to what has happened but for the public moving house who have instructed them , it is all an unknown field at the best of times and at the moment, it must mean sleepless nights and a lot of worry.

For my clients, they told their removals at four o’clock on Wednesday afternoon that they were not needed. I have returned mortgage monies. My clients’ buyers’ mortgage offer runs out next week so who knows when this chain will complete, if at all. And that must be the position over most of the country – chains in limbo, clients not knowing if they are going to move, the possibility of deposits being forfeited due to an ongoing breach of contract, chaos…