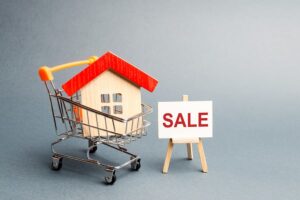 Happy New Year to you all! I hope that you are all refreshed and ready to take on the challenges of a new year – what will the market be like this year?

There were many reports over Christmas that the average price of a property has grown significantly in the last year. I had seen a report that Boxing Day was the busiest day for people looking at Rightmove – were those people who had decided to move on Christmas Day?!   Or were they just bored?

So I thought I would have a look and was surprised to find that most of the houses being advertised were new listings. In the area where I live there were 42 new listings for Boxing Day. Agents had obviously heeded what had been said and had decided to capitalise on this new Boxing Day Sale!

However, bearing in mind that the agents’ offices were all closed, I wasn’t sure as to how this made sense. Prospective buyers couldn’t arrange viewings until offices reopened in the New Year, and sellers would potentially be disappointed that they had lost a week when buyers were not able to view. If this translates to new sales being agreed in the first week of January, does it mean that 2022 is going to be as busy as 2021?

So what about New Year Resolutions? Aside from drink less alcohol and get fit, I have decided to take the controversial move of not replying to emails outside of working hours. This is quite a difficult decision for me as I like to feel in touch with my clients, but I’ve noticed that clients then expect to get a reply if they email me outside of office hours – and my friend had recently introduced me to “delay deliver”.

Although I had seen delay deliver before, I had never used it. So when I logged on over the Christmas break and saw emails (all from clients as it would seem that solicitors and agents are taking a well-deserved break!), I drafted replies that would be sent throughout the morning of the 4th January. So that I could see who was getting which emails at which times, I also blind copied myself into those emails.

If it’s a success, I think that I’ll start to use the delay deliver facility more and would recommend that if you don’t do so already, then perhaps it would be a good idea to start. It stops us being available at any hour and it will help to educate clients that we do not work to suit them, and perhaps it will have the effect of allowing us to switch off earlier!

We have all had a frantic year and I hope that many conveyancers have taken stock over the holiday break and thought about how working life can be made better in 2022. I would hope that we will all start to be appreciated more and show that conveyancing is a skill and a profession of which we should all be proud.