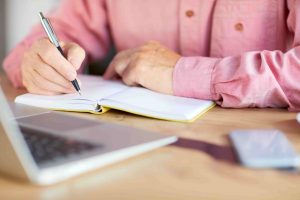 Before I went to bed last night, I checked my emails, and there were already many from clients who are due to move. Easter is always a busy time and I already had in mind those clients who I thought could move before the Easter holidays. I was still working on the basis that I could potentially get them moved, but last night’s announcement will have changed that.

But there is so much uncertainty and I do not know what I am meant to be saying. If someone has exchanged, are they ok still to move? What about breach of contract? And what if someone was about to exchange and complete at the end of the week? Are they still ok to move?

As I was getting ready for work, Michael Gove was on BBC Breakfast. He was specifically asked about people moving house, and his response was ‘ people should stay where they are’. Well, really – that does not help us. And I know that this is what the public will have heard.

As I drove to work, there was little traffic, but it seemed the same as yesterday. There was no indication that the country was in any sort of lockdown.

And what a day….. it was as if the transactions where I was waiting for information – that information was suddenly available and everyone wanted to complete. I ended up doing three completions where I have been ready for some time , just waiting on the sellers’ solicitor. It was as if it were a panic to get transactions completed before we could not do so. and then the dominos began to fall….. estate agents were told that they did not carry out essential activity and were told to close with immediate effect; removal companies were advised not to move people; surveyors were mumbling about not visiting properties. So just us conveyancers with pieces of our jigsaw missing and clients who did not understand why they could not move. And people who are nervous about moving.

Today was a difficult day – it was exhausting . I do not have the answers for people and I can only guide them, as I have done every day in the past, but this time, I am guiding them with my hands tied behind my back.

This is written by a real high street conveyancer who wishes to remain anonymous.

Missed any of the previous diary entries? You can find them below: