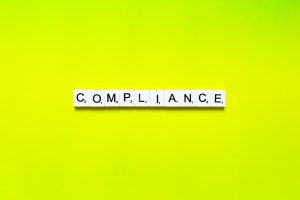 I was out with some fellow conveyancers on Friday evening and, as usual, we did have a  chat about our working lives. We were all in agreement that the last twenty months have seen a level of stress that none of us have experienced before, and we all knew of colleagues who were now considering  retirement.

I think that is sad; conveyancing is a profession, and, as with all professions, expertise comes with experience which, to some extent, comes with age. There will be some very experienced conveyancers leaving firms and it is difficult, if not impossible, to replace those lawyers.

It is the older conveyancers who remember the time before referral fees were allowed. We all knew the firm down the road who handed over a brown envelope to the estate agent on completion of the transaction.

Referral fees are now rife, and the definition of the word ‘rife’ includes the phrase ‘especially of something undesirable’.

I believe that referral fees should always be disclosed and transparent and it is when the client does not know that money is changing hands between the agent and conveyancer that it  will be viewed as undesirable.  I think that even if Government were to outlaw such fees, they would still be payable so surely outlawing them is not the route to take.

Make such fees transparent, whether they are paid to an agent, mortgage broker, search provider, or whoever.

So it is timely that as the Simplify matter enters its fifth week, those house movers embroiled in the debacle are beginning to realise that their transaction was sold to the lawyer, and they are also beginning to appreciate that it was done in a way which many feel is underhand.

The majority of reports I have read show that these house movers had no idea what was happening.  They believed it when they were told that their house move would go quicker if they used the preferred firm; they were told that the other party was using the preferred firm so it would keep it all in one place and easier for the agent to manage how quickly it proceeded; not that the agent was receiving a referral fee.

As is often the case, it does not matter how much we talk about referral fees, it could be that ‘people power’ is what brings the discussion to the forefront of talks about changing the way conveyancing is done. There is a Facebook group that has been set up in the wake of the Simplify IT issues and a Change.org petition calling for a ban on referral fees has reached over 120 signatures at the time of writing: https://www.change.org/p/uk-parliament-to-ban-the-payment-of-conveyancing-referral-to-estate-agents

We know this and have been saying so for years but it carries on.  I have written about it before and how it distorts the market and how importantly, clients are put under pressure to choose a conveyancer quickly and not make their own decision based on recommendation of those who have used  a firm’s services. The petition states that referral fees are not in the public interest.

The buyer/seller are not given the time or opportunity to explore the market; look at reviews or gain other quotes and make their own choice on who is best to serve their interests.

Often there is no transparency and full disclosure that a referral fee is involved and the amount being paid.

I am not sure that referral fees will be abolished as it is likely that many will say that it is a fee for marketing costs, Christmas parties or even a return to the brown envelope filled with cash. But transparency is one step towards making it a level playing field for all firms, whether or not they pay a fee. Regulation is needed before we run the risk of driving the payment of a fee underground.