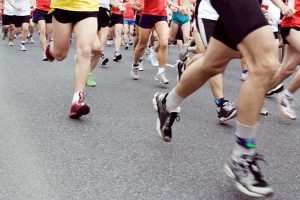 On Wednesday evening, I fell asleep on the settee whilst watching Andy Murray at Wimbledon.  It was not the tennis that bored me by any means, and on reflection, it is clear that I had been running on adrenaline for weeks, if not months.

I was exhausted, and on Wednesday evening, because I did not have my tea and head straight for the home office to carry on working late into the night, I think my body just thought it was time for a rest.

I had the best night’s sleep for ages. And I am sure that any conveyancer reading this is nodding in agreement – there was no more we could do.  Those clients who had not met the deadline were not going to and we could relax a little. It made me realise how hard everyone had worked and pulled together to help clients.

Thursday and Friday were tiring in a different way – the phones were quiet, there were not as many emails, and it felt as if many had taken some time off for a well-earned rest.

I do think that is in fact the case because as I have been working today, I note that many conveyancers have a return email which says that they are out of the office for the next week or two. A thoroughly well deserved rest. It is not only the mental exhaustion but this does have physical repercussions – sore throats, colds, a feeling of disengagement with the world. I imagine it is a little how someone feels after they have run a marathon – exhilarated but exhausted and not sure what happens next. Time needed to recharge the batteries and look at what is to come

This weekend, I have done some contract reports – I do not think I have done any for a while other than if they were urgent.  It is nice to think that I will not be having the same conversation over and over tomorrow about reaching the deadline. It feels like we are getting back to some sort of normality.

But how long will this last? I think we all need to brace ourselves for the end of September – the financial savings will not be as great but I think that where money is to be saved, people will push to make sure that they benefit. Learn lessons from  the experiences of the last few weeks; be organised, pull together and so on.

I am sure that many of us do not want to live through what we have just done again; it has been the hardest period of my long career.  I have seen other stamp duty changes but nothing which compares with what has just happened.