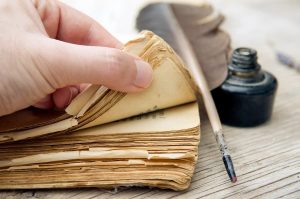 The interest rates were low, which meant that mortgage borrowing was low, and as there had been a lockdown, when shops and restaurants, theatres and  cinemas, sporting facilities and other entertainment venues were all closed, people had unexpected savings.

And then on the 30th  September, I, along with all other conveyancing solicitors and others  working in the property market, heaved the biggest sigh of relief. The stress of the deadline of the 30th September was over  – but we all knew that the next big week for people wanting to move was not far off, with the usual rush of people who wanted to move during October half term, and then there was the rush to Christmas.

That year, in 2021, Christmas Day fell on a Saturday which meant that if they could,  house movers would want to move right up to the lunchtime on Christmas Eve. By that time, I had been doing the job for over thirty years, and I was exhausted. The property market had kept the economy going and  furthermore had created a boom – houses were selling for far more than they had a year before, and there were not enough houses to go around.

One client put her house up for sale on the Friday and had 27 viewings on the Saturday and eight offers on the Monday – and all of those offers were over and above the asking price. And significantly over the asking price.

Conveyancing solicitors were exhausted. They were tired of clients shouting at them, and it was as if there was no respect for the profession. The work I loved and in which I took great pride was no longer the love story of my life.  It was tarnished and jaded.  I wanted to fall back into love with conveyancing but was not sure how I was going to do it. That was the point I thought long and hard about continuing.