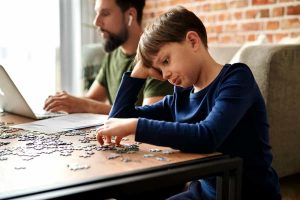 Monday morning  – enthusiastic, ready for the week ahead, and already thinking that it is really only a three day week!

But I don’t think some clients got the memo…. my first call was from a client I acted for last year who needed to know whether she could send me a Wayleave agreement she had  received in January and she had just noted that she had six months in which to agree the terms -ARGHHHH!

I told her to send me the documents and I would have a look at them but could not promise I would be  able to consider them this week; she said it was urgent, well yes, but everything is urgent at the moment, and the only reason this is urgent is that it was sitting on your kitchen table for six months!

The second call was from a client who wanted to know if he should put in a reduced offer for the house he was buying. The mortgage offer was due to be issued tomorrow and he thought that would still give him enough time to complete by Wednesday. I politely explained that he would need a revised offer if the price were reduced and that he could not complete by Wednesday. I think he accepted that but he was not overly happy.

Conveyancers reading this will be nodding their heads in agreement.

This is what the daily work is like, the unexpected and the bizarre.  And while we are trying to advise, someone is standing on the other side of the desk throwing pieces of paper at us, shouting at us to deal with them straightaway… yes the dreaded emails.

And during the last year, the volume of emails just seems to grow and grow. It was not uncommon to find many conveyancers working into the evenings and at weekends as we were spending so much time in the day, answering emails and advising clients on the telephone, leaving little time in the office to do the real legal work; reporting on contract documents, advising on mortgage offers,  explaining the intricacies of searches.

So it is not surprising that many conveyancers are worn out, and exhausted. I’ve had no time for family. Other than seeing my family at meal times and an hour before bed I have spent no quality time with them for some time. I am hoping this will change in the next week and we can resume a more sensible work/life balance. One in which we are not going to have to work into the night and get up early to start work before breakfast.

Such pressure is not sustainable over a long period and the demands made of conveyancers has been more extreme than anything I have ever experienced before. There are occasions when I can hear the fatigue in my voice as I answer the phone. It could be my favourite client and I would still sound jaded.

You are still nodding your head in agreement with me – I am with you, fellow conveyancers.

They may be the busiest two days you will ever have in your career so pat yourselves on the back for getting this far, and smile that it is nearly over.